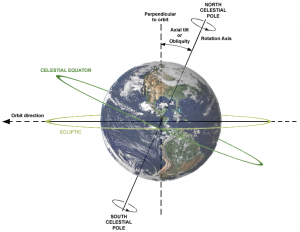 This is a continuation of a piece I started yesterday:  “Has My Sign Changed?” Part 1 You may want to read that one first.

Ok, so picking up where we left off… we’ve got this abstract wheel called the Zodiac that is based on the constellations of the same names,  but regularized into neat little evenly spaced compartments because that’s easier to finagle, mathematically speaking.  Everybody with me? Good.

OK, Now we’ve got a new dilemma.  Our wheel needs some sort of orientation point, i.e. Where does this thing start?  It’s a circle.  It could start anywhere!

A voice from the cosmos shouts out: “How about we use fixed stars to determine the starting point?!” We know where those are. We can see them.”

Good idea Cosmic Voice. I like the cut of your jib.  We will call your system the Sidereal Zodiac from the Latin sidus which means “star.”

“Wait!” a plaintive cry emanates from a field of grain.

Oh, hello there Earthly Agrarian! What say you on this matter?

“Well, I was thinking that if this wheel lined up with the seasons, that would work out really nicely for me.  It would be easier for me to tell when to plant my crops and whatnot.  I suggest we start on the vernal point.”

“What the hell is the vernal point?!” interjects a Lost Observer.

The Vernal Point is where you find the Sun on the Vernal or “Spring” Equinox. I put “Spring” in quotes here because the Southern hemisphere experiences this as “Autumn.”

“So can we start on the Vernal point then?” nags the Earthly Agrarian.

Sure! Another smashing idea! We will call your system the Tropical Zodiac from the Greek tropos which means “to turn.”

Way back when, 500-ish BC it didn’t really matter which system you used. You could talk about stars, you could talk about seasons.  They were both starting from the same place.  They were just using different markers to keep track of… well,  The Tropical Zodiac was concerned with keeping track of time and the Sidereal Zodiac was more concerned with keeping our place in space.

Everything was going along just great.  The two zodiacs were the best of friends until…

Stay tuned for tomorrow when we actually talk about that shift in the Earth’s rotational axis that I promised I would talk about today but got sidetracked.

And yes, Virginia, you will find out if you’re still a Pisces or not. Believe.