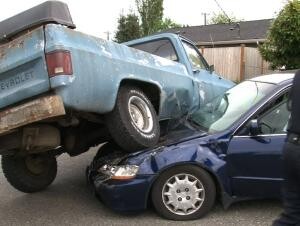 This is the question on everyone’s mind! I addressed it in July. I want to update this now but my opinion has not changed. This is good! It indicates I saw this clearly the first time. But I have more experience and information now.  I can elaborate.

The 2020 Saturn Pluto conjunction in Capricorn brought great hardship to many. The planets broke up at the end of the year. We began a new story in 2021. This story is dominated by the Saturn Uranus square.

Most are progressing. They are getting through the days and weeks and months. Most are learning and much of what they’re learning (Saturn) is surprising (Uranus).

I don’t know anyone who is gliding along at this point. A conjunction is like a balled-up fist. A square manifests more along the line of being t-boned from the left or the right. It knocks you off course.

People don’t like being knocked off course. This is particularly true for people who have a lot of planets in Fixed signs.  This has been a hard year because you have to keep picking yourself up and dusting yourself off. Literally nothing seems “easy”.

People used to offer dates around when things would be straightened out, settled, normalized or whatever.  It hasn’t happened. People are so stressed and while I hope I am wrong about this, I don’t think life is going to get significantly easier so long as Saturn is squaring Uranus. The aspect will be maintained until the end of 2022.

I know this isn’t good news. But when you’re going to be dealing with something for this length of time, understanding it a can save your copious amounts of pain and frustration.

It’s this simple:  can you walk from here —> to there in a straight line?
Probably not.
You’re going to get disrupted.

This does not mean that nothing good can happen. Good things happen every day!  But your sense of being in control? Forget it!  This is particularly true if Saturn and Uranus aspect your natal planets or angles.

It’s possible to crack this code, fare better and suffer less. First step would be to accept what’s above.  It’s like taking a compulsory course in college that doesn’t interest you. Too bad – you’re enrolled.  It’s the school of hard knocks, meant to liberate you.

No, hard knocks are not liberating but maturity is.

I expect to be a different person circa January, 2023. I intend to be free (Uranus) from at least some of what burdens or blocks me (Saturn). It’s the the path from here to there is full of potholes, debris and various other sundries.

October, 2022 – In working with clients who need to deal with the impact this is having on them, personally, certain questions come up over and over.  If you’re in the thick of this or if you will be, in 2022, it will help to know when the pressure is building, when it peaks for you and when it will relax. Here’s a quick rundown:

Saturn and Uranus will square off @ 11 degrees right before Christmas.  Post that time, people with planets at the early degrees of Fixed signs who do not have planets at the later degrees, will see the effects this clash weaken. Soon, the chaos, personally speaking, will be in your rear-view mirror.

The first few weeks of January 2022, Uranus will station direct @ 10 degrees. Saturn will reach 15 degrees by the end of the month, but if you have Fixed planets in this range, you can expect to experience quite a bit of pressure.

By March, the two planets will be separated by 8 degrees. This 8-10 degree orb will be maintained through May. You can consider this a more relaxed period.

In June, 2022, the pressure will begin to slowly build. Degrees involved here are roughly 15-25.

December, 2022, the planets will be 5-7 degrees apart.  This is still a significant square but it’s also fading out at this.  It’s wrapping up.

Beginning of January, 2023, Uranus will be retrograde at 15 degrees. Saturn will be direct at 22.  At this point you may still be experiencing a Saturn or a Uranus transit but the planets won’t be acting in concert.

I would recommend relaxing during the periods when it’s possible. You don’t want to spend all these months on high alert!

How are you faring with Saturn squaring Uranus? 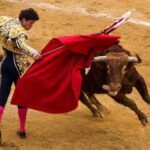