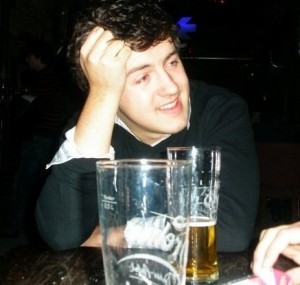 My son had his 21st birthday yesterday. It’s been a rough ride for him lately, with his job, with school, with friends and finances. This is a kid with a hellaciously tough chart, cardinal Grand Cross, Pluto rising, having a solar return with the Grand Cross in the sky right on all his stuff. I really hoped he’d have a nice time, but realistically I thought it might instead be “interesting.”

He started out the evening having drinks with his dad and grandfather. I figured that was pretty safe; what a responsible young man! So when I asked him this afternoon how it went he said, “I had a great time, what I remember.” What? What happened? “Oh well, it was all fun and games till I was throwing up behind the bar.” But he was clearly happy. I asked if he was hung over. “Oh yeah,” he said cheerfully.

So of course I asked who he was hanging out with at that point and he said, “Oh dad, of course, all night!” Zoinks. He just got home and I see there’s a huge gash on his forehead! Again, what the heck happened? “Oh, I don’t know, but it sure hurts!” he said with a wide grin.

So my whole point here is that things haven’t been going his way and the sky is brutal lately. But he’s happy! He’s having a great time! Sure it hasn’t been easy and things have gone wrong, but right now he’s heading out of town, spur of the moment with some friends. The only thing he asked was, “Do they have a tattoo joint there?” Lawd.

Even in bad times, there are good times. How are you feeling under the Grand Cross sky?