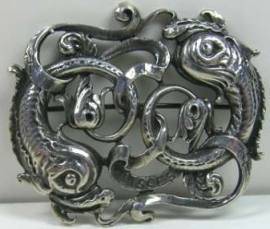 Last year, I ended a 10 year relationship with a man whom I loved after running into my high school sweetheart. He has loved me since we were 15 (we’re now 42) and has pursued me and proposed to me more times than I can count. Finally, I said yes about 11 years ago. Suddenly he cut me out of his life, no word, nothing, just stops talking to me. I was devastated but after a year I moved on and met the man I was with last year.

The old flame begged me to take him back, he still loved me and wanted me back in his life. He had been ill and told me he would not live (his family confirmed this) and that is why he ended it with me. I left the 10 year relationship and he left a woman after 8 to be with me. We got a beautiful home and life was great. Two months later my mother became ill with terminal cancer and I became her full time caretaker. He was my rock and we planned on getting married this year (10/28) and he even asked my mother’s blessing on her death bed. She was so happy for us.

She died May 1 and we spent the whole month moving everything into her farm which I now owned. His words were, “I have followed you for almost 30 years, I am never ever going to leave you.” Three weeks after she died, he dropped me off in the driveway and said he would be back in a hour and never came back. He stopped taking my calls, ignored my messages, my letters, nothing, just stopped.

A month later, my brother and his two daughters whom I raised disowned me and sold their property next door and moved away and I have no idea where they are. All the money my mother left me was seized by a creditor, 4 trees fell on my house and did extensive damage and I had snakes in my house.

Three months later he calls me out of the blue, begs me to take him back and I did. He called me every day 2-3 times a day and promised to never hurt me again and he would spend the rest of his life making this up to me. Then…he did it to me again, last month. To top it all off, I just found out today the man I left after 10 years, just married someone else. I am a total, total wreck. Thank you for listening.

Believe it or not there are no accidents. And although I feel for bad for you, your situation is as it is – so let’s take stock.

Understanding this, I would recommend you let it all go. There is no sense beating yourself up over any of this. Because people are going to do whatever it is they do and this includes, die, marry and even run off and join the circus at times. And as human beings, it’s our job to cope with this the best we can and with that, I will try to help.

On your high school sweetheart, I hope you’ve got this figured by now. It’s not going to work! Not this lifetime, anyway, even though I am sure you love each other. And some people would tell you to write the guy off, but considering I still relate to two of my loves from 30 years ago and I know exactly how deep these things go. So I suggest instead that you re-frame the relationship.

It’s fine to acknowledge your feelings and even your desire that you could be more to each other, but you must also acknowledge and accept the fact it is not going to be. You’re a Pisces with Pisces all over your 7th house and I am sure it is hard to let dreams die, but you must.

And it’s a pretty safe bet if you do, that the relationship reconstitute. You’ll be friends or something. Next time he calls and wants to get back together, tell him you already are together, you will never separate and perhaps you can even see each other in person, next life! Because if you do anything else with this guy, you’re gonna get dumped on you head… again. But if you take this other road, it’s entirely possible to be laughing about all this a year from now. He can ask you to be with him for the rest of his life and you can say no! Eventually he’ll get it. But rest assured his feelings will never change. Love is love, even for the flaky.

Now on your other ex… I am not sure how you felt about him. I imagine you were not all that happy anyway and your high school sweetheart came back to liberate you. And it worked. So we don’t care if he’s married, do we? You are best off to wish him well because his misery does you no good at all. But on the other hand, if he’s happy, maybe you’ll be next.

On your brother and your nieces, they will probably be back. When a parent dies, it’s incredibly stressful to a family and it’s very common that siblings fall apart during the grieving process. Eventually though, odds are overwhelming he will surface, along with your nieces who are obviously attached to you, so on this one, I’d just wait it out.

So this leaves you to sort your finances which is something we all have to do. And to keep the faith! Because I imagine this is all coming together just right. And the real man, the right man has not yet revealed but he will. This means you in a difficult part of your movie, but it is by no means the end.