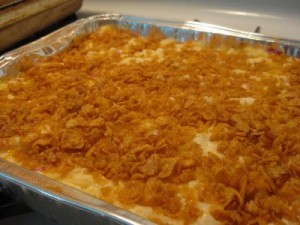 I once knew a man with five planets in Scorpio. His mother was also a Scorpio. She loved going to funerals. She’d never miss a one, within a 50 mile radius. She always brought a casserole.

She was church-y (his description). He said she had a funeral to go to most weeks, so these casseroles were sort of unending.

She didn’t have to know you that well to go to your funeral, or even know you at all. She might know your sister or your daughter or your brother. You get the idea. This gal was going to your funeral and that’s just all there was to it!

I thought of this because, satori went to two funerals in a day. I could never have done that. I told her that it may be the right thing to do…but I’d have stayed home. I could not have handled it.

I remember debating this, decades ago. You’re supposed to go pay your respects to the dead. People will judge a person who does not go pay their respects.

I argued on the non-judgmental side, of course. I think people mourn in different ways.  You can be at a funeral for show, right?  And you can just as easy be at home, grieving deeply.

I’ve seen numerous people over the years, incapacitated by death. We’ve got people who put “funeral potatoes” on Pinterest to make up for them.

How do you feel about going to funerals?  Do you want people to go to yours?