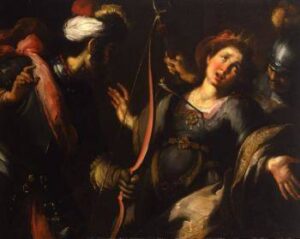 I hold opinions that are contrary to the people around me these days. I just simply don’t agree with the common view of the group that surround me.

This morning’s conflict involves gift giving. The group wants to throw a party for this man who is leaving. The man hates parties. He’s shy. He’s a loner. He’s a bookworm who is socially awkward, particularly in groups.

I’m sure plenty of you can relate. So when the group decided to give this man a party, that he has stated plainly, he does not want – I think it’s wrong.

I was told the burden was on the man to accept the gift, since people want to give to him. BACK-ASSWARDS.  It reminded me of these videos on the topic:

This one tells of how I believed I was giving someone something but I was actually burdening them:

This one tells the story of Paul, husband of Paula, who was dead-set on giving my triple Capricorn grandfather, a gift he did not want.

Understanding that people have different values or what I call, “currency” (Venus), can take you a very long way.

Not understanding this can stop progress in your life in ways and to degrees you may not even be able to imagine.

Do you tend to give people things they want, or things that you want them to want?