Eventually Billy’s friends stumbled in and Billy was visibly encouraged. He was falling down hard and apparently he thought things would turnaround at this point. Back in control, he stood up and gallantly offered me his hand. I stood and he escorted me, swishing of course, to the back of the venue to meet his friends. 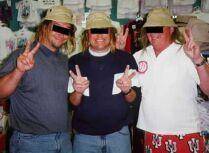 This was NOT a group of people you dress for.

Billy’s friends were disgusting and that did it. All the sudden I was pissed off. I knew it wasn’t justified, but what’s that got to do with anything?

Not only was I pissed, I started to pout too. Poor Billy. Let’s see here.

Meanwhile hero, Billy was trying to wait on his pouting queen bee /while trying to be a 50’s values Catholic son to a father who had never and would never approve of him, while repeatedly running to the back of the theater to discuss who knows what, with his friends?  I could only imagine.

I ran back and forth with him half the time and it was something to witness.  Billy would chit, chit, chit, chat with Daddy then we’d dash to the back of the theater, as he transformed into “Billy, Hep Cat and King of Retro Movement” on the way.

But there was no fun to be had at either end as far as I was concerned so I cranked my pout up a notch. And I thought I was fairly justified since I could barely recognize my man.  Who was this guy small-talking his family anyway? “The weather, it’s chilly?” C’mon now.

On the flip I was listening to Billy talk to his friends but I couldn’t relate at all. There was no way I could join in because they were talking in terminally hip bowling-team-code which I don’t speak since I’m not even remotely cool. I felt myself melting. 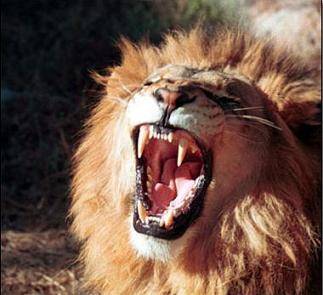 After several trips back and forth like this, we in the back of the venue with Billy’s friends – three men who would never get a date this lifetime. I was trying not to yawn while Billy was trying to sneak a cigarette while not letting his friends realize that he was sneaking a cigarette.  Because being busted having to sneak a smoke around Daddy would hurt his rep, you think?

I glanced at Billy’s family from the back of the theater because I wondered if Daddy was going to turn around and catch Billy smoking.  What he would do if he did?  Hmm?  ROAR, maybe?  Thinking that, I laughed and I realized that wondering was the best entertainment on hand. That and wandering.

Bored with the Bowling Brigade, my mind wandered back to the last time I was at a concert with a man. Shack Man that was.  He blew on me all night with his Pisces Mars and I missed him in the moment, because come on.  “This is serious,” said Pooh. “I must have an escape.”  And it was in this wistful state of mind, I saw the vision and Billy cut a break.

I glanced up at Daddy and the family to see if Billy might be busted. If I saw fumes coming out of his head, I’d know, right? They were sitting in a straight row of folding chairs except there were no chairs. Instead, clear as day through the cigarette smoke, I saw the whole row had morphed into a pew in church. No, not all the rows. Just theirs.

I waved my hand against the smoke to get a better look and sure enough, there sat Billy’s family. Upright, up tight, straight-backed, in church holding bibles.

Meanwhile some guy was belting out Sinatra from the stage while silently cursing his agent for booking him in the “flyover section” of the country and this struck me as surreal and very, very funny.  I nudged Billy.

I nodded towards his family and shared my perspective. Having Sagittarius he saw the same thing I did and burst out laughing, enjoying his first respite in this two hour ordeal he’d cooked up.  I heard him exhale and could sense his gratitude, so I lightened up on him for the rest of the evening.  And ultimately we gave up.  Finding two empty seats near the back of the theater, we sat down and waited for the evening to end.

“Think you’ll ever merge your lives again, babe?” I asked with a smirk.

He laughed. “Not likely,” he said.