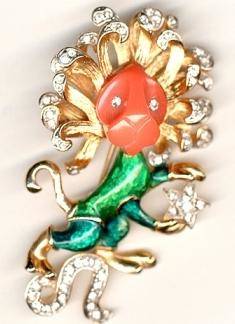 So Billy was Daddy’s Catholic son. Lets call that Life #1. And am I Catholic? Well, no. No I’m not.

Billy’s friends were going to be at the show as well. Their lives revolved around this music and the whole retro scene. The coming of this specific artist was an event that they wouldn’t miss.

It’s really too bad Billy forgot they were all dopers, huh? They were cokeheads, specifically. So was Billy when he was with him – I’d find out eventually and that right there would be life #2.

Daddy and I were both sober in all ways, so Billy was gonna have a big night here, don’t you think?

I was Life #3. Billy’s deal with me was pure Leo Theater. He was the dashing Prince and I was the bauble on his arm. I was testament to his masculinity and his status as “King of The Jungle” and Daddy?

Well Daddy was a Leo as well. Not that there was a fight for the throne going on or anything.

Seeing the train wreck coming I asked Billy if he was sure he wanted to collide his lives like this and he was. Matter of fact,he thought the whole idea was brilliant so who am I to interfere with that? I decided not to help the genius. 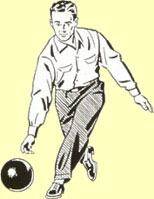 Instead I plotted. I had about a week to think about all this, hmm. What to do?

Well, I could try to fit in with Billy’s friends but I didn’t do this beehive hair thing or retro dress up. I mean, come on.

I decided to assert my independence and make sure his friends understood I would not being be joining their 1950’s bowling team, anytime soon.

Remembering my sister’s words, “Wear the right clothes and you don’t need to talk,” I carefully selecting the evening’s costume. I decided since it was a fun evening out and all, I may as well have some additional bonus fun. I’ve never thought it my job in life to make others comfortable, anyway. I leave that to Taurus. Beside, my Venus in Leo had been playing house and making casseroles for her man for awhile and the rest of me was thinking, nuts to that! Time to rebel.

I picked a short black skirt. It was quite short but not tight because I wanted it to swish. It was made from a bouncy fabric with some weight to it and had a scalloped edge so it would swing when I walked. You’re supposed to wonder if it’s going to swing up when I walk by and I’m supposed to pretend I don’t know this.

I teamed it with a black turtleneck body suit and a cropped denim jacket by Armani. Remember that jacket? You may if you’ve been reading awhile. It’s the one the salesman “gave me”.

I finished with black tights, sleek but not sheer. I want to be slick and dangerous and Euro but avoid overkill. I wore very plain platform pumps, nothing trying too hard, and thanks to Venus in Ego, I mean Leo, I was able to run in them no problem. This, just in case a camera is rolling and I have to dash across a city street.

I was almost ready to go but first, especially for Billy and in honor of his preference for an alternative decade; I added a vintage black and rhinestone snake on the lapel. Why? Because I figured I had coiled up serpent power and I didn’t care who knew it.

Did I look Catholic? Well no. No I didn’t.

Billy showed up and he gasped. It may have occurred to him at this point, he was dead meat. I don’t know and it doesn’t matter. Billy was a Leo and this situation fell under one of the Leo rules and regulations which states:

And besides that, I looked good an he definitely wanted promenade around with me. Why? Because if I looked good, it reflected on him and he looked good and this was Billy’s weakness. Billy and his dapper self wanted to look good. And he was the only one of his friends who had a date tonight, did I mention that?

See what I mean? Damned guy.

I sort of wanted to kill him, but at the same time I liked it. Apparently I was repulsed by my own Leo except that I wasn’t. Or I was….or I wasn’t. Aw, fuck it. I have Libra and I can’t decide shit.

I left my hair down. It looked better put up and falling down, but I’m not stupid. I wanted to get out the door and be the, I mean see the show that night, so best to please Billy. And I admit I knew I was pushin’ it. But I also knew Billy was playin’ “Get Daddy” games. That, and I’d made so many “little woman” casseroles by now…well basically I’d decided if I he was going to serve me up, then I was going to be dish.

So do you feel sorry for Billy? Don’t bother. He was a big boy who knew exactly who he was dating. I was only delivering the drama he expected out of his drama queen and he smiled wide when I did not disappoint. He was glad I would be a spectacle and no doubt, his Gemini figured this ought to be interesting at very least. So on that note, he loaded me into his chariot, I mean his car, and we were off to the show!

skip to The Convergence