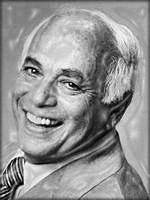 In the car I looked over at Billy.  He was smiling and I wondered if he were a pure fool. Did he actually think he was going to pull this off? I wanted to laugh but instead I winked at him to stuff a chuckle and then smiled and touched my tongue to the corner of my bottom lip to hot him up.

He smiled his appreciation and laughed, thank God because I laughed with him and I sorely needed the release. I thought about Allen Funt and Candid Camera as we headed downtown.

Well, it got bad and it got bad fairly immediately. This was no time lapse slo-mo situation where there is initial hope before things deteriorate.

Daddy was on the scene when we arrived, already miffed since Billy was at least one minute late. The bastard was glaring. This was a guy who looked like he hadn’t been satisfied in ten or more years and he had a menagerie of relatives in tow, who (gasp) looked even more conservative than he did. 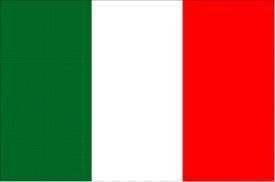 Well there are an Aunt, her husband, a cousin and the like. You know. God and everyone was there and due to Billy’s request of course. He’d asked Daddy to bring everybody and Daddy had complied.

Billy’s father was Irish. His mother was deceased, but she was Italian. I’m Italian and when I finally saw a picture of Billy’s mother, it was hard to miss the fact I was a dead ringer for her so the plot thickens, eh?

If I’d known this at the time, it might have explained the wave of nausea I saw cross Daddy’s face when he spotted me. But um…maybe that was just my imagination.

Billy’s friends were fashionably late, no doubt parked around the corner of the venue snorting cocaine. Billy and I took our seats with this family in the second row no less, with no one sitting in the first. Spare no expense to impress Dad!

Billy was on the inside aisle. This was fortunate because he was going to be mighty busy running back and forth trying to cover his bets. Conversation was minimal and highly strained. Billy kept glancing backwards.

There was a bar at the back of the venue and some tables where you could drink and smoke and chat and this is where Billy’s friends would gather when they showed up in their 50’s bowling clothing. He knew this, because these were his stomping grounds and oh yeah. Did I tell you Billy smoked? Well Billy smoked but not in front of Daddy. ::laughs::

Billy wanted a cigarette. I could see he had his Gemini hand thing going. He was twitching some and I had to work to keep my smile subtle as opposed to letting go and laughing out loud. Billy’s family was clearly uncomfortable, each of them looking very agitated in their own way. And me?

Well my cheeks were hot, and my head felt like it was going to explode with all the tension and angst.

I grabbed Billy’s hand to ground and show unity but it didn’t help at all because he was positively clammy, it was at this point I started to feel a little ill myself.  What had he gotten us into?

Skip to How It Played