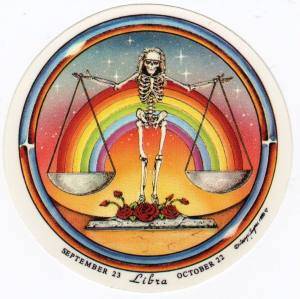 I’m a young gay teen, and I just wanted to ask if you could give me some relationship advice. I’m not in a relationship right now. I’ve only been in one maybe relationship. I met this guy about two months back. We hit it off at first. He showed me so much love, and we had a very active sexual fantasy life. The love he showed me left me in an ecstasy of emotions. I soon found out that his “love” faded fast after we couldn’t talk for about a week. We could’ve continued being friends, but I couldn’t keep in contact with him and not remember the wonderful feelings he gave me.

I told him I didn’t want to talk to him, and shoved him out of my life. I still was infatuated with him for a while after, but I got over it. This is only one of the few times that I had such intense feelings for another male. This other guy in my school had me wrapped around his finger without even knowing it. I had so many INTENSE feelings for him for about a year and a half. I was verging on quiet obsession. I had completely gotten over him after two years of liking him.

I wanted to know what planetary influences would make me feel so strongly about these people. Also, when can you see me getting into a healthy and/or prolonged relationship?

Yes, absolutely. I definitely think you will be able to sustain a healthy and prolonged relationship. You are exactly on track to this end with what you’re doing right now. That is, you are discovering yourself. And I can help with that. But not that much. Because you’re doing such a good job already…

First, you’re a Libra. You’ve got several planets in Libra, so you are automatically going to want to be in a relationship. You want to relate to another as opposed to being a loner – and this is reflected in your mail.

Secondly, you have a Scorpio Moon conjunct Pluto which is where your intense feelings come from. Where your Libra Sun just wants a pleasant interaction with another, wants to be partnered… your Scorpio Moon requires intense connection, otherwise you’re hungry. In other words, you have a great appetite for significant intimate connection. And these two things do not conflict. You only need find a partner with similar needs.

So that’s the nuts and bolts. Obviously there are other influences and parts of your character. There are layers and layers of nuance which you will uncover and discover via interaction with other people…which is your main gig. And if you go back up and read your post you will see how utterly on track you are. You know what would worry me?

I would worry if you were saying you were going to swear off relationships and go live in a cave! Then I would know you were off track. But as is, you seem to have a very healthy awareness of what you’re interested in this life, so I say – Carry on!