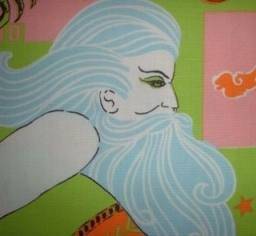 I have fallen hopelessly, totally in love with another man who seems to identify as bisexual. We have had sex 3 times and it was fantastic. His wife found out and after the initial shock she has been supportive – in fact, she suspected his orientation for quite a while and she really likes me because I am a decent guy with a good job, etc., and very responsible. A good boyfriend I suppose…

She suspected I had fallen in love with him, and she asked me point blank so I emailed her a long letter saying yes – she showed it to her husband, and he said “it’s OK how I feel” – nothing really more than that. Last night I asked him about it and he said “Don’t worry, it’s cool.”

I suspect that this guy loves me too, but he is a typical “manly-man” and has trouble talking about his feelings with anyone. The wife has become kind of a confidante and she says her marriage is more like “best friends with benefits.” His wife actually asked him what he would do if I told him I loved him during sex and he said “I don’t know” and then she asked HIM “what if YOU say you love HIM during sex” and he said, “I’ll cross that bridge when it comes.”

What is happening here? I am head over heels in love with this guy, and his wife seems to want to push us together for some reason. And she has stated that she is attracted to females and has had some same-sex experiences of her own. She has actually been quite nice about this, but I think she is a little bit jealous and insecure about the whole thing, although she won’t say that when I ask her.

I have to say that I really, sincerely love this man, I think the world of him, my heart starts pounding the minute I see him or hear his voice and the sex has been mutually awesome.

What should I do here? They say they don’t want me to walk away, but I get such mixed signals. My heart is breaking and I don’t know how to make myself feel better and fit in. I want to be this man’s friend as well, and it seems to be a bit difficult for me to find the words to tell him how much I care for him…I don’t want to break up a marriage, but I would sure like to be closer to this guy. Do you think it is possible?

The Other Man
Canada

Can you be closer to this guy? Of course! And as for breaking up his marriage, I wouldn’t worry about that at all. People break their own marriages!

Now as far as telling you what is going to happen, I can’t. And either can anyone else at the moment. And this goes for you and anyone else with planets in the mid-degrees of the fixed signs (Taurus, Leo, Scorpio, Aquarius), which is pretty much everyone.

See, you’re all caught up in the current Saturn Neptune opposition in the sky and I guarantee every single one of you, that you are not going to know what it going REALLY going on until June 2007, at the very earliest. And specific to your chart, it is your Venus in Aquarius we’re talking about here. Venus rules love and relationships, Saturn brings deprivation and restriction, Neptune creates longing, so there you go! It’s all constellated and there is nothing you can do. You’re in this! You can try to walk away, but I doubt you get very far. You can try to speed it up, nail it down, make threats or punch things and none of that will work either. So what will work?

Faith!!! Faith that what is best for all will manifest in the end because this is one fact in this matter, that you can rely on.

Other than that, acclimate yourself. Get used to being confused and try not to get too angry or frustrated with the mixed messages people are giving you. Because the fact is, they are as lost as you are. Get it?

It’s a Hall of Mirrors and We’re All In It.