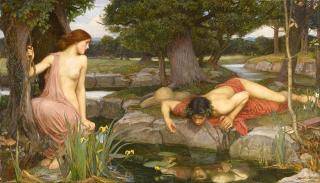 “Yes, of course, you’re very pretty, but have you SEEN me?”

One of the things I love about large, sweeping narratives like Game of Thrones is that not only can astrology help us understand the characters, but that characters can help us understand astrology as well. When characters are put into extreme situations on a regular basis, the traits of each sign really crystalize, for better or worse. Circumstances can see run-of-the-mill egotists become the tyrants that destroy nations or the heroes that save them.

One of the best examples of this the Lannister twins. We get to see how Jaime and Cersei, each quintessential Leos, handle the insanity thrown at them at every turn, and in doing so we see both the best and the worst of the sign. While there are a number of aspects of Leo that are highlighted in the show, I’ve chosen to tackle just four.

Jaime and Cersei each have narcissistic tendencies, and this laid out from the very beginning. Their incestuous relationship allows them to literally love the opposite-sex version of themselves. Neither has ever really had eyes for anyone else, and it’s easy to see why. Neither of them could fathom another person being as attractive to them as they themselves already are. This actually mirrors the myth of Narcissus, which is where we get the term. While obviously not every Leo dreams of sleeping with their twin, they do all hold a deep desire to be truly seen and have their truth mirrored for them by another person. The Lannisters just had an extraordinary setup and decided to take advantage of it.

You also see narcissism in their goals. Jaime was the heroic golden boy who firmly expected to be the best member of the Kingsguard ever to take the white. Cersei not only expected to become queen, but in fact fought tooth and nail to keep her position because she felt deep down that it was owed to her. It was her rightful place, and she wasn’t going anywhere. Though even then it’s possible that she might have abdicated under the right circumstances, right up until her walk of shame. After that, there was no way anything could stop her. And this is true of all Leos. You can probably get what you want if you allow them to save face. But humiliate them publicly, and there’s no going back. Which brings me to: 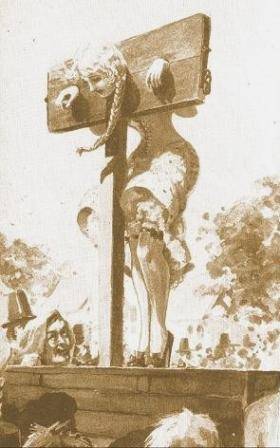 When I get out of here, you guys are so dead

At their worst, Leos can become positively tyrannical. This isn’t their default by any stretch, but under the right circumstances they can lose their sense of proportion and begin to expect obedience from those around them. This usually happens when they feel minimized, humiliated, or unfairly challenged. Cersei experienced all three. First, she was consistently underestimated and expected to live a life that was largely ornamental. Her natural intelligence and ambition suggest that she could have been a great ruler in a different world. Her political instincts are clearly stronger than Jaime’s, but while he was showered with education and opportunities, she was sidelined and shown that her role would be limited to being beautiful and bearing children. This created a psychological wound that would fester for the rest of her life. She also was appalled at the challengers to the throne that seemed to appear around every corner, and understandably felt the need to make a show of strength to repel them. And finally, as I mentioned before, she was shamed in front of the very public she was working so hard to rule.  To Cersei, as to every angry, wounded Leo, the solution was clear. If she couldn’t be respected, she would be feared. This is the fuel that drove her descent into villainous infamy.

But not every Leo reacts to adversity this way. In contrast, we have Jaime’s arc, which is a story of redemption and heroism. Most Leos are driven by a sincere desire to do what they believe is right. Jaime proved this by killing the Mad King, even though it meant becoming the reviled Kingslayer. He was willing to defy his family to align himself with Brienne and the Starks, even fighting alongside his former enemies in the battle to save humanity. He saw the rightness of their cause and couldn’t turn away when he was needed. He allowed Brienne and Pod to escape Riverrun and even waved them farewell before turning away. This is a common Leo trick. If a Leo’s sense of morality conflicts with their duty, they’re pros at selective attention. Surely they can’t be expected to see every instance of wrongdoing, right?

But the real beauty of Jaime’s story is his heroic humility. When we meet him, he’s so angry at the loss of what he considered his rightful status as the hero of the Kingsguard and so thoroughly depraved that he’s willing to murder a child to protect his reputation. But as the story progresses, he is shown time and again that his previous worldview was small and petty. When his identity is ripped from him with the loss of his hand, he finds the humble courage to train in left-handed swordsmanship with Bronn, a man so far below him that he would have been all but invisible to Jaime just a few months before. And instead of shunning Brienne due to her nonconformity and her witnessing his shame, he bestows her with knighthood. His sincerity shines like a beacon and exemplifies the best of Leo.

If Cersei can be said to have any redeeming quality, it would be her fierce love for her children. Nearly every action she takes is to either protect them or further their interests. She is blind to their faults, even overlooking Joffrey’s obvious psychopathy. She revered her father even though he was the architect of her childhood marginalization. And no betrayal could keep her from loving Jaime with every fiber of her being. She is, in a word, loyal.

And Jaime is the same way. Even though his moral conviction caused him to part ways with Cersei and even aid some of her enemies, it is clear that he never truly loved anyone else. Even after his tryst with Brienne, he still found his way back to Cersei. And when push came to shove, he still stood by her side, ready to give his life to repel Daenerys’ invading forces. In the end, Jaime and Cersei were gifted with the best possible deaths, leaving this world in each other’s arms, exactly as they came in to it.

Their loyalty was certainly misguided at times, but for them as with so many Leos, that was beside the point. Once a Leo truly loves, their heart is indelibly marked. Nothing can change that loyalty, and nothing ever will. A Leo loves for life.

Cersei and Jamie Lannister provide a perfect study of contrasts. As one becomes a villain, the other becomes a hero. Yet they both embody the spirit of their sign. They both hold the best and worst qualities of Leo within them, and through them we can see the sign more clearly. At their worst, Leos can be self-absorbed, imperious, and domineering, while at their best they are stalwart defenders of the weak, ready to lay themselves on the line for those who need their protection. They love endlessly and will never abandon their loves ones in their hour of need. Together, Cersei and Jaime allow us to see Leo in its totality, beauty, dirt, and all.

What other qualities of Leo do you see in the show? And which character would you like to see discussed next?