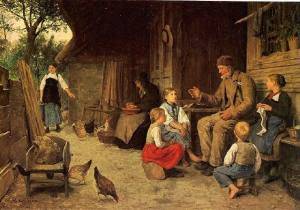 I have been mulling writing about people with unusual life experience for weeks.  This is a key element of current interests or studies. I’ve not been able to pull it off – yet.

I saw this post from 2014, linked below a more current post. I’d forgotten all about it.  I’m hoping this can help me get over obstacles I’m facing and get into this topic which has opened a lot of doors for me.  In fact, I understand this man’s situation far better than I did at the time.

In this story, he’s just a speaker with an odd background or origin.  But today, I better understand the pervasive effects of something like this. More importantly, I understand that what people think about people like this, especially people who are “studied”, is most likely way off base.

I admire a person who can walk on a stage and immediately take command. I’m talking about a Mick Jagger or master stand-up comic. There’s no warm up. It does not take time for the person to grow on you. They have your rapt attention within ten seconds.

It helps if the audience is already enamored with the entertainer, but what if they are not already sold? And what if the person is not an entertainer? Is it still possible to do this? I found that it is.

I went to a talk once, not knowing what to expect. But I certainly didn’t expect a plain man in plain clothes to take the microphone and announce this highly personal fact: once upon a time, two teenage cousins had sex. He was the product of that union! I was dumbstruck. Did he just say that two cousins had sex and that he was their baby?  He did say that.

He explained he was from a country where abortion was illegal at the time. So he was born, though no one wanted him.

After he was born, he was not treated well by his family. His very existence reminded them of the bad thing that happened, that shamed the family, profoundly and permanently.

He went on with his story, but my focus in writing this is to look at how a person gains authority by surviving horrible experiences. This is particularly true if the experiences are far outside the realm of anything normal. But only if they take it in that direction. Had the man got up in front of the group and whined, he would not have been near as compelling. But he stood up to offer something. Everyone was curious what that was going to be.

I learned that people want to be taught by someone who has been put their paces and come out in good enough shape, they can stand in front of a room with three hundred strangers and speak to them.

It was a big story from a humble person. Saturn in Sagittarius – I sure liked his approach.

“This is who I am, and this is what I’ve learned…”

Who are you? What have you learned?