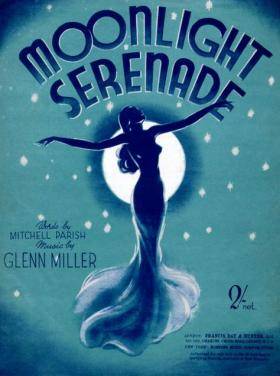 June’s full moon in Sagittarius will not pass unnoticed!  For one thing, everything in Sagittarius is enlarged and in-your-face.  But in this case, the moon will be conjunct Jupiter in the sign.  It’s BIG.

The moon will be full just after midnight on June 17th.  This increases the dramatic effect which pleases the sun as it opposes the full moon and Jupiter.

So far it all sounds good. I wish I could stop right here, however, the full moon illuminates. What’s likely to be seen when the lights come up,is not necessarily going to be pretty.

Now I’m sorry, but I refuse to ignore the Cardinal opposition. Mercury and Mars in Cancer opposing Saturn and Pluto in Capricorn is not something to discount so here’s the deal..

Go to the party, sure. But be CAREFUL.  I’ve written about the stress in June for a couple of weeks now.  It’s serious! Mercury is involved now; that’s driving among other things. No car wrecks, okay? Because there’s a third element involved here now. Neptune!

Neptune in Pisces will square the sun, moon and Jupiter.  This is perfect recipe for a person to get high (escape), feel overconfident (Sagittarius moon), show off (Leo) and then pay for it, dearly (Cardinal opposition).

I hate to say this, but if you’re out there, watch your drink.  It’s no stretch, to add these elements together and come up with, “date rape drug”.

I’m not trying be alarmist; just realistic. I was a bartender for six years and I could tell you some stories. Emergency room are generally busy when the moon is full!

That said, just be careful (Saturn in Capricorn) and you should be fine.  Act a fool and you’ll have to rely on the old adage, “God loves drunks”.

There’s one more thing to mention; Uranus in Taurus is out there, unaspected. Some astrologers feel the affect of an unaspected planet is amplified. I don’t know about that, but this is definitely wild card under this full moon.

For reference, the full moon takes place at 25 degrees, Sagittarius. But between Uranus, the Mutable square and the opposition, things will be popping all over the place. You may think you’re going to stay on the sideline – next thing you know, you’re the star.