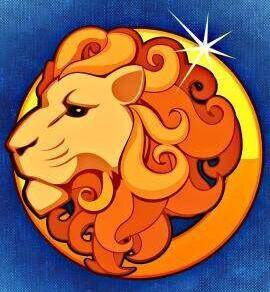 The new moon in Leo on January 28th will be exceptionally shiny, dramatic and impactful! It takes place at nine degrees.

The moon will oppose the Sun which is conjunct Jupiter which also at nine degrees. This will amplify the affect.

Mars and Uranus in Taurus will square the full moon and create T-Square in the Fixed signs.  These planets will dominate  the sky.

I’m pretty sure a novice can see the situation here. Please click the picture to enlarge.

If you can’t read a chart, you can ignore the planets and just look at the red triangle in the center. The ninety-degree (square) angles pull the energy of all planets involved.

This akin to a giving a kid a chemistry set. They just might dump all the ingredients together to see it erupt.

That sounds scary and it’s possible we do see things explode, however Jupiter’s involvement does provide some protection.

Now some people are going to look at this and conclude that Leo (ego) is going to blow up (Mars Uranus) the world (Jupiter). Maybe, but let’s hope not!  Creativity may be unleashed with this. Waking up the sleeping lion also fits!

With Uranus involved I don’t think a person can predict what the result of this might be. But Mars conjunct Uranus does indicate a person’s free will will come into play.  This is personal on some level.  So will you let your ego run amok?

I want to point out that Pluto @ 25 Capricorn is not really part of this. There are 14 degrees separating which suggests this could be the dawn after the dark!

If you have planets in Fixed signs between 0 and 14 degrees, this is bound to hit home.  Jupiter’s grace is almost always enhanced by being outdoors.  Leo is sun-ruled, so hey!  Get out there and live.

One last thing – when most of the sky is caught up in a configuration like this, it does create an insane amount of energy. Just remember that energy is neutral until directed.

You’re likely to lose some sleep over this but I’d not sweat this either. Mercury is involved here. It’s entirely possible you wake up with a brilliant (Uranus) creative (Leo) idea (Mercury).  If that happens, it’s worth it!

How do you feel about this full moon in Leo?