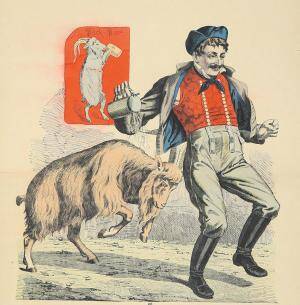 The full moon in Capricorn will take place around midnight on the 4th of July aka Independence Day. It’s on a Saturday night and there are a lot of protests planned. I don’t mean to scare anyone but these are facts.

Unfortunately, I can’t use astrology to reassure you.  As you can see in cut out below, Jupiter and Pluto (big bang) are tightly conjunct at 23 degrees. These planets, along with Pluto are all retrograde. This means they are backing into the moon.

Mars at 4 degrees Aries will square the moon. The aspect is not tight but it’s pulled in by Mercury in Cancer at 7 degrees. You can see a visual representation here. Most of the planets will be caught up in this – the tension cannot be denied.

It’s interesting that there’ll be no surprise here.  This is because Uranus is not involved!  This fact gives a clue as to how you might deal with this…

Capricorn always favors planning. The moon in Capricorn defends the family… or the (home) country for that matter.  It’s going to be dangerous time, but we already know that, don’t we?  So consider your personal lines, rules, boundaries.

Also, take note of the house in your chart where the stellium in Capricorn falls. You might remember I stated this conjunction would “mark” people. Turns out it’s also marked cities and monuments in ways that are devastating. It’s not possible to overestimate the impact of this full moon.

Got plans for the 4th of July?