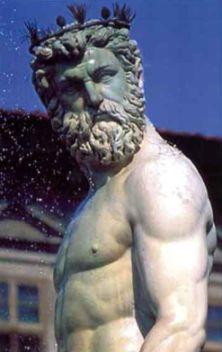 I brought this up in February this year – Facebook Friends of Friends and Friends of Enemies but it is back on my mind today.

“The enemy of my enemy is my friend.” That is an old Arabic (and also Chinese) proverb. I have also heard it said, that the friend of my enemy is also my enemy. What do you think about this? I have trouble drawing hard lines here, due to the Venus Neptune aspect in my chart I suppose but I am willing to relay my experiences.

Ten years ago I met, HQ and there was this gal I liked a lot at the time. She super smart and a great writer and I told, HQ how much I liked her. Based on my good feelings about her and my good experience, he extended himself to her but she was not nice to him at all. Could be she didn’t like men. I didn’t know and he didn’t know but he told me she’d bitten his head off twice and he was going to retreat.

I got a lesson in Asian culture at this time as well.  Asians vouch for one another. You treat your friend’s friend well which is exactly what this woman did not do and, HQ was taken aback or whatever. However you want to characterize it, he decided not to continue interacting with her.

A few weeks later she bit my head off. You might have seen that coming, I can’t say that I did.  I am pretty idealistic, or at least I was pretty idealistic in situations like this (Venus Neptune) back then. I also like to think of people independently as well as come to my own conclusions so when, HQ had his experience, I did not bleed it over into mine.

I can’t say that I feel this way anymore.  I am not sure if this due to my age, or if I have burned too many times of if it is just that my logic 10 years ago was flawed in the first place. These days, if you run with my enemy I am most definitely nervous about you and just pretty much want to keep as much distance as possible.

Having said that, Venus Neptune is still in play because this is not a hard rule for me. There are some people who are involved with people who have deeply hurt or offended me but I just plain like them so much, I don’t care. A person in this category would also be someone with a high standard of integrity and just in general be very trustworthy.  They’d be someone I know for sure is a friend. Also, in these cases there is usually an extenuating circumstance like someone has to work with my enemy or they may be related.

You see what I am getting at. I can’t come up with a hard and fast rule although I can say, I will avoid friends of my enemies whenever possible because the nervous factor is always there and I prefer relaxed , happy relations.

If someone hangs out with your enemies, can you still consider them a friend? What is the astrology?