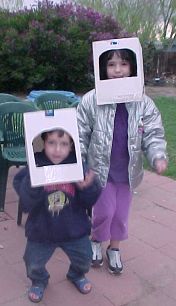 I was getting ready to finish painting my daughter’s bedroom today. I’ve pretty much finished other than the inside of the closet so I was emptying it today thinking I might paint tomorrow.

She has her dresser inside the closet to save space and when I pulled it out there was some stuff that had fallen down behind it. I was not happy to see, I’ll tell you that because there was a notebook back there and let me tell you this: My daughter can write. If you want evidence of that click here – Out of the mouths of babes.

My son can write too but he is one understated kid. You don’t see this kid, even if you’re his mother and then every now and then he breaks the surface with his Scorpio Mars and my jaw drops.

Today was like that. I got a text message from him and he’s got this cadence in his writing that won’t quit. My daughter has the same thing, they can talk in dialects and the astrology here is as clear as it is heartbreaking.

My son has his Sun, Moon and rising in the Venus ruled signs which all track to his Venus in Gemini. His Venus is exactly conjunct my daughter’s Sun so you can imagine affinity of communication. I think you can see it in their picture there.  They are dressed as, “Silba and Grey”, these characters from space they used to play.

In whatever case, I got this text from my son, my plain vanilla, Taurus son who people overlook right up until he decides to reveal and the thing just stood there and danced on my phone. He was asking about my husband’s birthday see, and one the things the little family criminal mind did was call him by the nickname I called my husband  hen we were teens.

Now most of you know, I call my husband by his given name which no one else does but I also have a secret name from when we were young, a derivative of his name that is really quite private so you see what my kid was doing here. He was communicating as to not bore a person for one but anyway, it struck me what a loss he’s suffered because get this:

I don’t have any Gemini. I am just not all that light on my feet, frankly and I don’t know how my son is ever going to replace Silba. She used to make up languages and he could speak them, see? They had a spectacular synergy.

My husband and his brother have this… my husband has it with his mother as well and his son too, I think. I have it with Annalisa but I wonder what it is like when your twin goes missing.

“I cannot replicate that connection for him,” I told my husband.

Is there someone in your life who really, REALLY speaks your language?