I can’t remember for sure but I think I wrote about the soldier and his / our “whirlwind”. He had a premonition of sorts one day. He saw dark clouds on the horizon, threatening. A storm was going to kick up, a big one. He felt we’d both be sucked into it… a whirlwind.

I questioned him intently but he did not have much more he could offer. It left me with this scene from the Wizard of Oz in my head.


Sure enough we were taken up, sucked into this whirlwind. We saw and experienced all kinds of things unimaginable the way you will when you cross paths with a storm of this magnitude.

He said we were going to be tossed around for awhile and we were. There was year, almost two there where all bets were off. What was going to happen with my daughter? Nobody knew.

“It’s a whirlwind,” he’s say. “You can’t predict what’s going to happen in a whirlwind.”

So now it’s been about a year since we got our feet on the ground, maybe a year and a half. Our lives and our families have been completely restructured and this time… this time I am the one who can see the horizon.

I did that interview for Matrix and when asked about prediction, I said I was comfortable making predictions with astrology and I am, especially when the astrology screams off the page. It’s no different then they soldier seeing those clouds roll in – there are times when astrology makes it plain as day what’s going to happen and we are in a situation like this now.

I would say I have a sense of foreboding but that’s the wrong word because it implies something vague and astrology (at least when you are dealing with Saturn) is not vague. Fated is the word I would use and I would add that I don’t think you can avoid your fate, you’ve just got to meet it.

The soldier is going to have a very difficult year. I am going to have a very difficult year with him, there is just no other possible way to interpret the charts and the transits and while I don’t believe in scare astrology, I do believe in steeling myself or making preparations when the universe is obliging enough to give me a clue. But here’s the thing:

I don’t want to tell him. There are a whole bunch of people out there who really don’t want to know when bad things are coming and as I’ve mentioned before (when I am touting denial) I think many of them have very good reason for defending themselves.

So I just think this is interesting though I am not sure why. He will tell me of the storm we are heading into but I just hand him his coffee and I am sure this is the thing to do.

I guess I figure I’m the one who has to steel myself. This is the strangest life ever and I have a song for these occasions but I can’t play it for you. Van Morrison’s “You Make Me Feel So Free”

I’ll add that I knew this was coming 3 years ago which = just as soon as I looked. The is the gift / curse of being an astrologer. 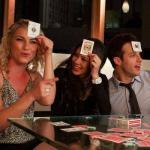 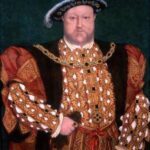