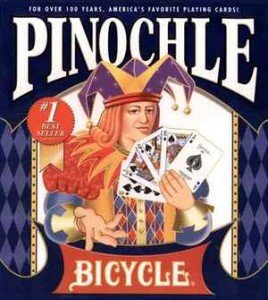 I had a client with an outrageous chart. Situations like this have to be acknowledged. I wound up talking to her about playing cards when I was a kid.

I don’t think people play cards anymore, but I’ll tell you, it’s exciting. For me it was, anyway. It would get my adrenaline going, that’s for sure.  Bam!Bam! Bam! Bam! The cards are dealt you, like fate.

I’d pick them up and scan them, quickly, plotting how to play them, nearly simultaneously.  And I would feel something.

Some hands the best you could do was limit your losses, but some hands SCARED me. Yes.  Like I was sitting a the table with all this power, that I could totally screw up…or not.

This gal, has that kind of chart.  She’s either going to play like a master or it’s all going to come to nothing.  Worst thing, is she knows this. She knows what’s holding.

Separate but related, I wrote about playing cards in my book, Heaven I Mean Circle K. I haven’t talked about my book for awhile. If you read it, you know it’s shocking. If you didn’t, then you don’t.

It’s a weird book.  It’s a collection of true stories, broken up into three acts. The stories stand alone. Each are important, but put together they tell a bigger, more important story.

The structure of the book was deliberate. The third act is meant to explain the first two. There was a lot of debate about the potential of the material would overwhelm people. But ultimately, we made the decision to explain to the reason, how this happened. How I happened.

The card-playing in the book was a very important piece. And I think people with truly complicated charts can use this analogy to improve their lives.

I’ll tell you were people tend to get stuck. They refuse to play. Their cards scare them or they don’t like their cards, or they are confused by them.  For whatever reason the come up with, they simply refuse to work with what they’ve been given, to try to make some kind of magic happen.

If you have an extremely complicated chart, consider sitting down with it, and deciding that you’re going to play everything you see in it, to the best of your ability.

I think you’ll be surprised at the wonderful result.