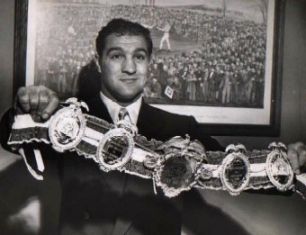 Well… you see the astrology – it’s acute. For someone like me with that Mercury profile to be self-effacing would be ridiculous. And think about it. How could I write this blog if I were even bit different?

But then look at the videos! That is one spacey chick. How many times have you seen tears cross my eyes?

But by God, I have convictions which is why when people come on here to complain, I do not back down.

I try to be polite (Libra) and fair (Libra) but fact is I mean what I say. Let’s break this down..

The 9th house is concerned with beliefs. I have Mars there I am going to fight for my beliefs without question. I will fight for my truth and I will fight for your right to have your perspective (truth) but if you try to attack me or wrestle me down around what I believe, you’re going to have a brawl on your hands and I have some examples.

“Come on, Elsa. You know you hate strippers… you have a double standard…”

Fact is I don’t hate strippers and I never have. I have mulled about them, I know exactly what I think and feel about those girls and I will be damned if someone is going to shove something like this (their agenda) down my throat. No, I am going to fight.

Fight like a Libra at first (nicely). Fight like the 9th house (produce evidence to back my claim as if in court) secondly.

But if you continue to push me and she did, then the gloves are coming off and I am going to beat your ass into the ground because fact is you are dealing with MARS plus you don’t have a leg to stand on when you are trying to tell someone what they believe!

What is particularly offensive is the whole time, I was defending this gal’s right to believe differently so why am I not extended the same courtesy, hmm? Yet I am the rude one. You think you can tell me what I believe, yet I am the arrogant one. Two words: What audacity.

Yet I am considered audacious. 😉

That’s Rocky Marciano up there you know. Just look at that face! A proud Italian face if there ever was one. I love that! When you come around here to back me down around what I believe it’s akin to walking up to Marciano and telling him you’re going to knock him out in the ring. No you’re not.

Do you realize we have become a society where it is not PC to be Rocky Marciano? It’s shocking when you think about it. You have to be defeated or you’re a lousy bitch.

As the soldier would say, “Something ain’t right in the milk…”