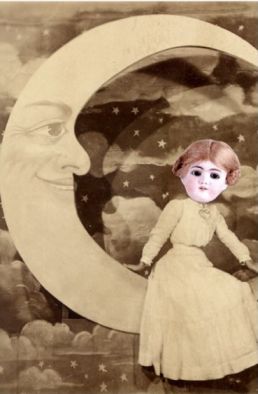 I am off the phone with Annalisa who has known me for decades to check my observations. I noted my feelings are static.

I am currently aware of this, dealing with my cousin.  I always liked her. She was older than me so aligned with my older sisters. She was a foot taller than me, she was blond haired so we really had no peer-ship about us but she still gave me a feeling when she was around and the feeling was good.

Now Annalisa talked about how her feelings about people and things have evolved. It may be they matured, I don’t know. But her feelings change over the years where I don’t think mine do. It’s as if the dice land, I get a read and that’s it.

We talked about the possibility this would be due her keeping up with people more than I do, the idea being my feelings might be frozen in the past. I told her I thought it went deeper than that. It took me a few tries to convey my meaning, finally I just asked.

“Have you ever known me to change my feelings about anyone?”

Annalisa has a vivid memory of me at 5 years old, pissed off out of my mind of course and telling her who I was and what I was going to do in my life and with my life. She was 7 at the time and she was stricken by the coiled up serpent power that came out of her little sister that day. It is a memory that is seared into her psyche and I recall it myself.

“You know how I felt about the situation when I was 5. Have you seen anything change even one iota?”
“No.”

After talking to Annalisa, I called my husband to get his read on the subject. He said that his feelings change and cited a few examples. Basically, if you stab him, he’s not going to feel the same about you. Whatever he felt for you will turn to hate. However it takes an event like that.

He was also able to come up with an example in my life where I did experience a change of feelings. There is someone I don’t like at all but I did like them at one time, this is undeniable.  That person ground me down.

Based on this, I’d say my husband and I are pretty reliable. Our feelings are stable unless pushed to some extreme. I wonder what others have to say on this.

It occurs to me other people may have other feelings states – fixed, fluid, fleeting?

Are your feelings fluid, fixed, fleeting…something else?  Where is your Moon?