“I see what you mean. Sure. Well, I am not in love with the soldier, so in my life, I am not thinking about wanting to be with a killer and that may simplify my life because I think it is taboo to want to marry a killer. It’s not really “in” at least in my circles…” (read the whole comment, she is not attacking me)

Deirdre – this is a perfect example of the challenges I face in trying to communicate. Being attracted to what is taboo does not even enter into my equation when I think about this. What is most appealing about Special Forces training… what I admire the most is the soldier’s focus. He’s got a task / he is on a mission and there is no stopping him. Highly trained, he does not become hysterical or distracted from what he is trying to do and being exposed to this has been enormously instructive and helpful.

It is no different that hanging around anyone who is really, super, spectacularly good at something. You can’t help but absorb their energy; at least if you are me this is true. Some people may be able to stand next to genius and remain stupid, I don’t know. But you get the idea. It is necessarily the violence that is attractive.

And I don’t even see it that way anyhow. I did or I would have seen it that way before spending all this time becoming educated but at this point I am just astounded at what he has done. The sheer bravery, I mean. These people… green berets, really do go do what can’t be done and they do it as a matter of routine. So if you are fortunate to be able to hang out with someone like this you are going to have a hard time not improving your skills on many, many fronts. I am more effective now than I have ever been in my life and he’s the reason. 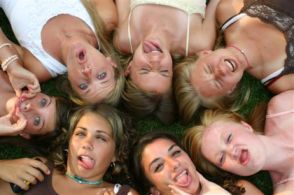 I could go on (and on and on with Jupiter big mouth) but I am just trying to get this one piece across effectively and that is, how you parse this situation may be completely remote from how I view it. For example, I don’t have a circle that has a collective view so I have no way whatsoever to stand in your shoes. Being highly eccentric myself, my circle of friends are similar. They are all very distinct and also very distinct from each other. It’s why I rarely introduce anybody to anybody else. I could never have a party, my friends would shock and offend my other friends left and right because they have nothing in common.

Dinner party at my house? ::smiles:: Not likely. It wouldn’t be a party, it would be a war.

Do you have a circle of friends with a common view? What’s the situation with Uranus / Aquarius / The 11th house in your chart?