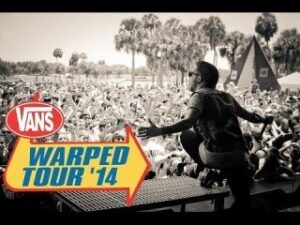 I’ve been watching the combination of aspects that caught my attention last week, manifest in my life and in the lives of those around me.

Eighty percent of what I’ve witnessed has been positive. For example, my son won tickets to Van’s Warped Tour.  It’s remarkable since he had no idea he had no he’s entered a raffle, and no awareness the show was even coming to town. Nevertheless, he and his best friend will be attending their first concert this weekend.

As another example, yesterday I moved my site to a new server. I had no intention of doing this. I lack technical skills and have a horrific history with the maintenance and upkeep of this site. However, I saw a window open yesterday…and I scrambled through it, successfully.

I have no idea why I had move the site, and either does anyone else.  It’s a weird story.

I have worked with this webhost, directly for more than a year. He’s always extremely responsive. If I had a problem, I could email him. He’d get back to me within five minutes in most cases. About six weeks ago he stopped responding.

At first, I ignored it. I know people are slammed these days and many are suffering. I am quite loyal by nature.  So I readily let this go.  The site would go down…and come back up, quickly. it just wasn’t that important he get back to me so I gave him the benefit of the doubt.  But then time passed…and passed…and passed.

So here I am, with my site dependent on someone being on the job, who is apparently not on the job. What would you do?  Move the site? Wait? What if you have Libra?

I have Libra, so I waited. I wanted a pleasant outcome and hey! The site has been up, right?  So I figured I could be patient awhile longer…and longer…and longer. But eventually I had problems only he could address, so now what?

I realized I was going to have to cut my losses. I know this was a good decision, because the move went incredibly smoothly. I have NO idea what happened to the guy running the old server.  It’s occurred to me he may be dead. I say that, because he always impressed me as a Virgoan workaholic. No response for six weeks? What’s your explanation?

In whatever case, yesterday, I was stuck in  pond that was getting more stagnant by the day. Today, I’m open water. I have to say, it feels pretty good.

Have you had an experience of this type, this week? 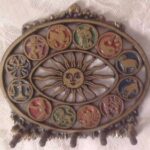