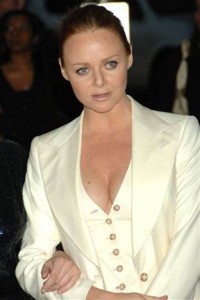 Hardworking and talented Stella McCartney is a Virgo Sun with a stellium in Virgo consisting of Sun, Mercury, Venus and Pluto. She has her Moon in Cancer keeping her close to her family throughout her success, and her Mars is in Aquarius which is helpful to a fashion designer. Stella’s Jupiter is at home in Sagittarius and her Neptune is in Sag as well. Stella is Paul McCartney’s second child with Linda Eastman. Stella has Saturn in Gemini which a middle sister might have when we take into consideration a family dynamic. Stella was named after both of Linda McCartney’s grandmothers who were both named Stella.

Stella was interested in fashion from a young age and being such a hardworker with so much Virgo she went to work in fashion very young at the age of 16 by interning for Christian Lacroix. Later she worked for her father’s Savile Row tailor for a number of years. Stella also studied fashion at Ravensbourne College of Design and Communication and Central Saint Martins College of Art and Design. It would be important to Stella to have an educational background in her field when we consider her Virgo stellium and Gemini and Aquarius placements in her chart.

Stella took some criticism for her early success because she was Paul McCartney’s daughter, but her first collection for Chloe was so successful it quickly quieted down any critics and showed that she did have talent and had studied her art deeply. Stella could have started her label by being Paul McCartney’s daughter but instead chose to educate herself and intern just as any young designer might do to achieve in such a difficult profession. The fact in fashion is that you have to design clothing that people want to wear and Stella did that right away, ridding herself of the rumors about how she got her start. Stella had the support of the most famous models when she started but she had to sell her clothing and her first line did indeed sell.

Stella is an earthy person and is very much a supporter of PETA. An animal rights activist, Stella designs clothing without fur or leather and often puts little tags on her clothing that say things like “suitable for sporty vegetarians” on her line for Adidas.

Stella first designed for the line Chloe, taking over for Karl Lagerfeld who had a few words to say about his replacement being chosen for her name. Her line was very successful both commercially and critically. Later Stella joined in a joint venture with Gucci for a line in her own name that remains successful to this day. She also recently designed an organic skin care line that includes ingredients like lemon balm, apricot and green tea. Her skincare line is called CARE. Stella also designed clothing for the English store H&M to bring attention to her clothing line and has collaborated with Adidas for some time, making workout clothing that is very popular.

It makes sense that Stella would be interested in a skin care line when we look at her Uranus in Libra supported by Gemini Saturn and Aquarius Mars. Her Aquarius Mars shows in her designs in the fact that Stella has come up with new and interesting shapes for clothing that has been available for long periods of time and they have her own style “stamp” on them and can be identified as “hers.” Hardworking and unique, Stella was sure what she wanted to be when she grew up and worked hard to make that dream come true in the largest way possible.

Stella designed Madonna’s clothing for her Re-Invention tour. She collaborated with the Gap and Disney. She is so very hard-working that she collaborates with many, many people in the way of clothing, costumes and athletic wear. A favorite with yoga lovers, Stella’s line is very popular in yoga establishments. When Paul McCartney remarried to Heather Mills, Stella and her sisters made no secret of their dislike of Heather who lost a leg in an accident. To show her feelings, Stella drew the fire from critics when she designed an accessory that was necklace of silver with a single leg. It makes sense that Stella would apply her intellect and creativity when she created this piece for she has Mars in Aquarius with Saturn in Gemini. Still she was largely panned for the design. Later, her father’s divorce from Heather would prove a hard one and the children once again sided with their father. Stella has a very strong creative voice and is not afraid of showing it in all she does.

As she is a Virgo it is interesting to see Stella’s clothing for it is all very wearable and her dresses can be slightly girlish but with leggings to make them practical and the practicality of workout clothing is very strong. Stella shows her Virgo stellium in being interested in these sorts of wearable designs which are not couture “skin tight” and are able to be worn by a larger number of people than some designer’s lines. Stella’s clothing is well thought out and she is an intellectual creative person so we can expect that. To see some of Stella’s designs go to Style.com and to “fashion shows” and look up Stella McCartney to see a runway show of her work. You can see that the clothing is both well considered and made to be practical, more so than many other designers of her type.

Stella also took to working with places like H&M as well as the Gap to reach every woman sooner than most designers for she was one of the first to reach out to the lower price point and bring some copies of her expensive clothes to women with a different budget than those who wear couture.

Stella’s style is a practical personally as her clothing is practical for people. She often appears in little dresses with leggings that are sophisticated. She dresses in what I think of as the “Virgo little suit” for events and they are “just so” like a Virgo adores and in colors that flatter her. Stella is light haired and skinned so when she has a tan she will wear black in either a simple and sleek dress, or a suit in black that is very tailored and fits her perfectly. She wears pastel suits when she is without a tan and keeps her hair in a length that is most practical for it is the length that is just to the shoulders or chin length when she wants a change. Often she wears her hair up in a simple design which is very Virgo-like and she keeps her hair highlighted just right to flatter her face and show off her eyes. Being a designer, Stella can wear anything and she keeps it Virgo simple and very thought out like one would with an air trine by keeping her hair simple and able to be worn up or down. She also wears a lot of black or white to bring drama to her but not in a way that is shocking or too sexual. Stella is a working girl and appears as such when one studies her style. Her casual style includes some of her sport clothes and she often wears tunics and leggings when out with her family.

Having a Cancer Moon we can expect Stella to be close to her family, and she is. Her father goes to most of her shows and was a presenter when Stella won one coveted award. She is married with three children and she takes her family seriously keeping them far from the press. Stella has been married since 2003, in a Catholic church which gives the idea of her being very serious when it comes to family and religion Stella’s mother famously took her family as her first priority when it came to how she raised them. Stella seems to be following in her mother’s footsteps with regard to her own children by keeping them out of the press and keeping her marriage close to her chest. Stella is said to have inspired the name of her father’s band by her birth being very difficult and Paul being outside the operating room praying that Stella be “born on the wings of an angel,” later naming his band “Wings.” Stella’s Moon in Cancer also keeps her interested in the same areas that her mother, Linda McCartney, took seriously herself.

Stella McCartney is here to stay and I featured her because of her unique talent as a designer and not because of her famous name although her family has a lot to do with how Stella lives her life. Stella is a wonderful and unique designer, in my opinion, and in doing designers I felt she was worthy of a look. She will no doubt continue to work as hard as she does with that stellium in Virgo and will continue to think through what she does with her air trine. A designer is a designer as long as they have a good idea and Stella, no doubt, has no shortage of good ideas.