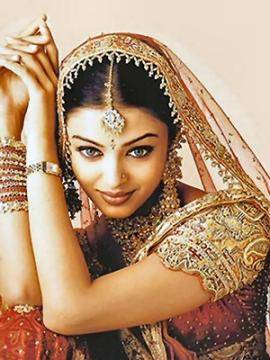 Aishwarya Rai, “Miss World, 1994, is enjoying being at the top of her field in India and moving up rapidly as an actor in the United States. Her competitive style is fed by her Scorpio Sun, no doubt, she was also a Miss India runner up.

Aishwarya is a Bollywood star and has done films in the U.S. as well and will continue to do so. As a Scorpio with the sun in her first house and Libra rising, as well as Libra on the MC and as her rising, she is a beauty.

Three placements in Sag and two in Capricorn, we could have expected her to cross the ocean and become bigger than her home country. We could expect Aishwanya to be a bit conservative with planets in Cap and a bit of a tomboy with planets in Sag but her Scorpio sun and with it sitting
in her first house, she is no stranger to playing it sexy, or even, nude. Whatever we see her wear, it is in good taste, (Cap,) sexy, (Scorp,) and pretty, (Libra.)

Aishwarya is a lady first and foremost and this can be attributed to her Libra rising which helps her appear perfectly dressed for each situation in which she finds herself, As I have recommended before, she wears her rising for maximum success.

She will appear in traditional Indian costume and be as beautiful as she is in American designers. She has done tasteful nudity without revealing certain body parts that might be conceived as “unladylike,” to reveal. Her taste and caution in regard to nudity shows us her Capricorn moon, her Scorpio Sun AND her rising in Libra.

With a strong first house, Aishwarya has worn the color so popular in India, red, even on the red carpet. She looks lovely in it, again, like a lady but wears it with skin showing staying true to her sun. With moon in Capricorn, Aishwarya will not feel comfortable with overt sexual dressing but she will push that envelope just enough, in my opinion.

Aishwarya can be expected to appear in more American films being guided by her planning, (Cap moon,) and her Sag venus. With her node in Capricorn, we can expect her star to rise and she will have no problem going along with it.

Aishwarya has problems, however, in moving to character roles with her chart so dominated by Libra. Always the lady, the “beautiful,” one, she could be pigeonholed into such roles until her youth stops her.

She is a model dresser in my own opinion and is, in fact, a former model. There is no “style,” that Aishwanya will show because she is capable of wearing just about any style so long as it stays within the confines of “pretty.”