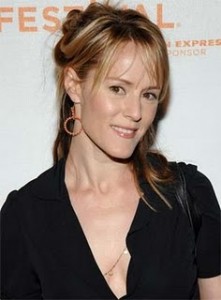 Mary Stuart Masterson is an American Actor on stage, in film and on television. She is also a director. Mary Stuart is a Cancer with Jupiter in Cancer as well. She has a Scorpio Moon with Neptune in Scorpio as well. Her Venus and Mars are in character-loving Gemini. With the easy energy of Cancer with Scorpio and Neptune in Scorpio we can surmise that Mary gets into character very deeply and her Gemini placements help her as well with communicating that character to others in her work.

Mary Stuart started acting very young which we see often when Cancer is in an entertainer’s chart, and her father was a writer/director while her mother was an actress. Family is important to Cancers and Mary is no exception when we know that she worked in films with her parents at times in her youth. She has two siblings and siblings are important to Gemini, especially Venus and Mars in Gemini, and Mary’s siblings are both in entertainment as well. Following with the family theme, Mary studied as a teen at the Stagedoor Manor Performing Arts Training Center with Robert Downey Jr. and Jon Cryer. Mary started off her career when she was young with strong roles such as acting in “In Close Range,” with Sean Penn and Christopher Walken. She also did “Some Kind of Wonderful,” which hooked her loosely with the “brat pack,” of that time. It would be easier for Mary to do movies within a “family” of actors that know each other and often work together because of her Cancer Sun and the depth of her Scorpio influences. Shortly after her work above she worked with Frances Ford Coppola who hired her parents to play her parent in the movie “Gardens of Stones.”

Mary went on to pick great roles and can obviously read a script with her Gemini Venus and Mars, such as doing the movie “Fried Green Tomatoes.” Mary has a knack for picking great films and I often see this when I see Gemini strongly in the chart of an actor. To be a great artist one must be able to read scripts and choose those that they feel are worthy of doing as well as what roles will showcase their talen,t and Mary shows that she can do both and later chose to do the sleeper hit “Benny and Joon” with Johnny Depp.”

Without knowing her rising we cannot know much about her outward appearance and destiny but we can see that Mary appears to be “every woman,” yet chooses to do films that are not everyday films, and in fact she chooses plum roles in good films. To grow up in the business has to help and her Cancer Sun and Jupiter must have brought her close to her family. It wouldn’t hurt to have a screenwriter for a father and an actress for a mother when one is interested (Mercury in dramatic Leo) in film. I think we can assume that the closeness of her family gave her an advantage in the business and trained her well in the area she chose to excel.

Mary seems to ease into a role and it looks as if she “lives there” if you watch her work. This reminds me of her Cancer with Jupiter as well as the close connection of Scorpio planets in the mix. In “Benny and Joon,” Mary appeared as the mentally “off” love interest of Johnny Depp’s character, and you can see how she lived in the role and with her Scorpio skill slipped closely into the feel of the role. Because Johnny Depp is a Gemini we can imagine a great working relationship between them and we saw such a relationship on the screen. With Cancer Sun and Jupiter making it larger, hooking up with Moon and Neptune in Scorpio, Mary must emotionally feel her characters and slip deeply into her work. When Neptune is in Scorpio with the Moon and the Sun is in Cancer with Jupiter there we know a person can get lost in a reality, especially a group reality, deeply. This deep work does Mary well in all her roles. Later Mary did “Bad Girls” with a star cast and “Bed of Roses” where she bonded deeply with Christian Slater. Mary’s Mercury is in Leo, telling us that Mary can think in a dramatic way when put in the position of doing so.

I think that Mary is interesting because she does appear, upon looking at her, that she could be any woman but she shows herself to be deeper and more talented than she shows on the surface. Mary’s style is not one of flash and glamour that we find in many actresses that might have worked with such talent as she has. Mary is a Cancer and her style is one of a Cancer in the way that she does not power herself out there by her style, but she does show her Scorpio by wearing a lot of black when she appears in the press.

There is an element about her eyes that make her interesting and I think this has to do with her Gemini Venus and Mars. “Pretty” is a key word for the look of a Cancer and Mary appears pretty in her photos and many close ups. She wears her hair up at times but not in a fancy way. Her hair is in a “bedroom” hair look that is more Scorpio sexy than fancy. She plays up her eyes which is also a Scorpio trait and downplays her lips when wearing makeup for the carpet. There is a pretty glow to Mary’s skin which is very Cancer and she seems to sparkle from her eyes to her skin.

For a blond, black is a hard color to wear but her Scorpio and Cancer help her out here and she can wear black and come off as “pretty” as she does “sexy.” She also wears a lot of white, and white on a blond makes her sparkle and glow so we know that Mary is going for “pretty,” again when she chooses white. The most dramatic and intense colors to wear are white and black and this must come from her Scorpio Moon and Neptune.

Her Neptune is very evident in her look as it is “other worldly” when she appears for the press, and she seems to keep the press in its place in her life which a Cancer would attempt to do, as would a Scorpio. For example, Mary has been married three times but the press has not been on this fact of her life and she has done a great job of keeping her personal life personal. Her lifestyle has been kept for herself and this is very Cancer Sun with Jupiter there. Mary would want her personal out of the public eye and “safe,” and she keeps things that way with the intensity of a Scorpio Moon.

Mary’s look has a “coolness,” that is appealing to me and one I think that better actors try to convey when they are in the public eye. Mary’s look is international in her casual style and she wears the look of someone who wants to be comfy (Cancer), yet chooses her clothing for the ability to move about in public as easily as possible without attracting press. She has a great style which is in line with many of that “brat pack” grouping she is involved with. There is a bit of “rock and roll” about her but there is equal “pretty,” which makes for an individual style that one can find interesting. Layers are part of the look as are tops from different counties or ethnic backgrounds. She keeps her makeup simple for she is not attracting press and can move about easier that way. Still, she is a Cancer woman and she appears beautiful in the press at all times.

Because of the talents I have mentioned above I suspect we will see more of Mary Stuart Masterson and more of her behind the camera as well. It seems as though entertainment is the “family business” as her siblings are involved in it as well, so we can expect Mary to stay in production in some way throughout her career. She can sink so deeply into a story that she will want to continue to take us on unique rides in the way of performances and production. There are more and more roles opening for women of her age and I hope she takes advantage of these and does something new for us very soon!