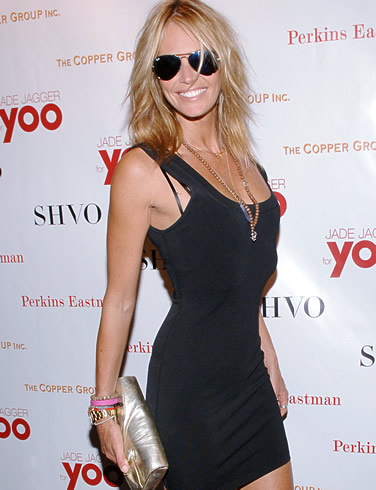 Elle Macpherson is an Aries that is ready for the whole world and was born so. With and Aries Sun in the 11th house and Venus on the MC in Aquarius she is very worldly and interested in what happens in the world. She also has the energy to do something about it.

Her earthy Moon in the 1st house shows itself in Elle’s athletic persona and her body that is “real woman,” rounded with curves and not at all the thin and airy body of some runway models. Elle is an earthy force to be dealt with and has shown us her many talents as she built such a strong career that includes modeling and breaking records while doing it, acting and charity work around the world. She is bilingual and speaks some languages in a conversational manner. Elle is a also not body shy at all and this is due to her Aries sun, Uranus traits and her Taurus comfy in her body being.

Of course Elle wears anything because she is a model but if you catch her in life you usually see her in athletic wear or yoga clothing. She is also a jean girl and wears the designer jeans of the moment. With her Mars in Leo she not only maintains a great mane of hair but has the bold personality that allows for wearing a small amount of clothing and being comfortable.

Often I find Aquarius leanings or Aquarius in charts of those who post semi-nude or nude. Of course Elle has nothing to stop her from showing her body but she does have the free mindedness of Aquarius and Aries energy and creativity feeding it to give her an openness about posing nude. She has the record for the number of swimsuit covers for Sports Illustrated as well and this is no surprise when she read her chart that is full of energy and backed up by some firm earth.

Having Aquarius in your chart, Aries creativity and Earth to ground it will also allow you to build a fortune of your own. To have only Fire without Earth to ground it makes it difficult to build an empire that you, yourself run, as Elle does. She has the Earth and the world view of Aquarius to help her see what people will want next as she runs her lingerie company. She is successful in this and has a family life where she has created stability for her two sons.

Taurus Moon gives us a Taurus mother who is nurturing and there for her children. Elle has custody of her sons and is a mother to them and I am positive she is present in their lives since her Moon, (mother,) and ASC are in Taurus. Leo Mars gives us a Mama Lion with her cubs and I’m sure she’s serious about her children. Her family life could possibly become the most important thing to her as she grows and her Taurus rising plays itself out.

Elle is quite the role model and has made a success out of her very strong chart.