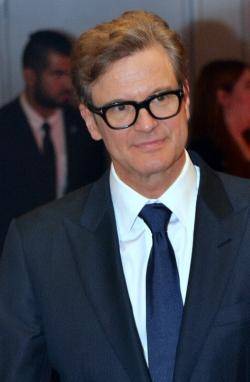 In the spirit of the 2011 Oscars I profile Colin Firth here and notice we see success for many Virgo performers such as Jennifer Hudson and Colin Firth. Colin is a Virgo with a Taurus Moon suggesting he has worked steadily towards fame and attempted to put forth good works while keeping his nose to the ground. This ability of Virgo to work towards a goal is helped greatly by a Taurus Moon which has kept a man like Colin on his path throughout his life. Colin’s Mercury is strongly placed in Virgo and his Pluto is also in Virgo. Colin has Mars in Gemini giving him a strong interest in communication and writing. Colin has written a book showing his leaning towards literature which Mars in Gemini often brings to a person’s life. Colin’s Saturn is at home in Capricorn while his Jupiter is also at home in the sign of Sagittarius. The placement of so many of his planets in their home signs makes Colin’s chart stronger than it would be if they were placed elsewhere. Colin has Neptune in Scorpio and Uranus in Leo giving a bump to his Jupiter in Sagittarius.

Colin has put a sustained effort into his acting working hard and having an ability to choose good scripts for himself when we look at his Mercury in Virgo and Mars in Gemini. Having an ability to read scripts and make choices that are best for yourself is a trait that comes in very handy in an actor’s career and Colin has this talent in his chart. Colin came into the light in America very strongly when he took a lead in Jane Austin’s “Pride and Prejudice” as “Mr. Darcy.” In a scene where he was in a wet shirt he gained a popularity as a sexy actor that started his career in the US very strongly. Some of Colin’s other popular movies include “The English Patient,” “Bridget Jone’s Diary,” and “Mamma Mia.” Colin would have his eye out for a well written script when we consider his Virgo Moon and Mercury and other planets that are interested in quality and Colin has hardly made a mistake when it comes to choosing movies that flatter him and allow him to work in his best light. His Saturn in Capricorn would make him ambitious and work well with his Virgo Sun and Taurus Moon but he would have to work steadily and strongly to come into his own with those placements.

It was on Colin’s 50th birthday when he found his success and was awarded the Oscar for “Best Actor” while the movie he starred in won “Best Picture.” “The King’s Speech” won the Oscar for “Best Picture.” Colin was finally fully awarded for his long hard work by winning other awards for his role in “The King’s Speech” such as the “Golden Globe” and “The Screen Actor’s Guild Award.” Colin finally found his well earned success this year after years of slowly thinking through his choices of scripts and showing his range by taking dramas, musicals and comedies.

Being a Virgo Colin would be interested in preserving basic human needs and rights. After spending part of his childhood in Nigeria where his grandfather was doing missionary work Colin found his personal interest in helping the tribes of people that were being displaced. Colin is active in charities like “Survival International” which is concerned with the rights of tribal people. Colin is interested in people like the Bushmen who Colin believes do not need to be brought up to this century but can sustain themselves on the land that he feels is rightfully theirs in the way they have been living all along. As a Virgo Colin would understand the very basic way that these people live and with his Capricorn placement along with his Jupiter in Sagittarius he would not be shy in speaking out about his feelings regarding people of other cultures. The group “Survival International” is non-governmental which would also appeal to Colin with his chart.

Colin has also showed a steady flow when it comes to relationships and has been more likely to be involved in committed long relationships instead of playing the field. Colin has a son with Meg Tilly and is still active in that son’s life while he is now married to an Italian film producer and director Livia Giuggioli with whom he has two sons. Colin has shown himself to be a steady parent in the lives of his children which we would expect when looking at his chart. He would also be interested in marrying someone from another country with another language when we consider his Jupiter in Sagittarius and Mars in Gemini.

Colin’s fashion style is one that is classic with tried and true men’s styles that stand the test of time. He is not one to be caught unaware by the press and is most often shown in his best light in his photographs. Colin has dark features and plays them up well in his choices of color in clothing. Colin wears dark tones in his shirts when he is off the red carpet and often wears black or jewel tones that work best with dark hair and eyes. With the exception of a few “beefcake” shots from “Pride and Prejudice” he has taken his photos in casual style that is fitting for a man who has much earth in his chart. A Virgo is rarely a fashion plate that takes risks with their style and more often likes to appear in classic, well-cut clothing that they are sure will flatter them and play up their best features.

Colin, with his Taurus Moon, often takes photos that show him in relaxed clothing and poses showing him to be more like “everyman” than a “star.” Down to earth and very poised from his years in the spotlight, Colin tones himself down in public and tries to put forth an image that everyone can relate to. Most often Colin appears on the red carpet in a classic black tux with white shirt. At times his jacket will change with the times but being so earthy, Colin prefers to wear the classic and again, tried and true style that becomes him so much. Wearing his hair a bit longer on top to show his curls is the best cut for Colin, and he looks more casual with his hair a bit longer as well. Colin has maintained this style of longer hair in waves and classic dress throughout his career.

Colin has a new release coming out in the form of a movie that is an adaptation of a John La Carre novel. We can expect great work from Colin because his chart and life have shown him to be a hard-worker who steadily climbs the ladder of success while staying “himself” in the public eye and having a control over his life that his earth signs would give him over time.

What is your favorite Colin Firth work?