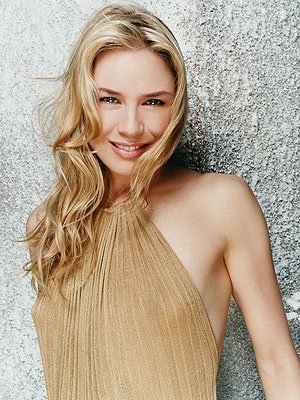 he very talented Renee Zellweger is a Texan and has received an Academy Award as well as several Golden Globes. A Sun Sign Taurus, she seems to be “every woman,” and has a Virgo rising as well as Jupiter and Pluto in Virgo in the first house. We can see the Earth in Renee quite well as she seems to take roles that many can relate to and perform them with ease. She is a practical woman with a BA from the University of Texas, Austin. Some artists choose to get a degree and attend college for something to “fall back on,” and we can assume that Renee has practical reasons for getting an education and with the strong Virgo in her chart she would love gathering information and using it practically. Her BA is in English, a great degree for an actor to have when it comes to reading scripts and helping them choose the right vehicle for themselves. We can gather much information about an artist by the scripts they choose and whether they choose them for themselves or let their agent do the driving for them. Renee started acting in Texas and chose to stay in Texas to get more experience before moving to CA to fully pursue her dream.

Still, Renee shows great energy on the screen and spunk, for lack of a better word, in her roles as Bridget Jones. This comes from a Fire trine including the Moon in Leo, Venus in Aries and Mars in Sagittarius. With a Fire trine we can expect, and we do see, a large amount of creative energy and with the Moon in Leo one can have a love of drama and be very good at creating it. With a practical base in her life and the drive of a Fire trine, Renee is the embodiment of an actor’s actor. Still, her Virgo rising and her Taurus Sun cause her to be uncomfortable too close to the drama so she sold her home in Hollywood and lives in Connecticut. A Taurus wants safety and Renee has commented on wanting to feel safe and not feeling safe too close to the industry towns most actors inhabit. Taurus values safety and we have seen this pattern in Taurus Barbra Streisand as well who has issues with panic and the stage.

Fashionwise, we see Renee as dressing very well most of the time for her events. She is not afraid of a chance when it comes to wearing color and this is surely due to her fire trine with Leo Moon and Aries Venus making a quick and from the hip decision regarding dressing. More often than not our Venus has much to do with what we wear with the Moon closely affecting that placement and our styles. Her Moon in Leo would not be afraid of taking the occasional risk and she has even worn yellow on the red carpet with her hair, the Leo crown, being very blonde. When Renee did “Chicago” she was very comfortable in the outwardly vampy role that she had and she also scored the Academy Award in the very earthy “Cold Mountain.” In a movie that was not so touted she portrayed an actress with great success, (“White Oleander,”) again showing us her ability to portray glamour on the screen as well as off it.

Zellweger is not afraid to use her hair and make up in a role to the degree that it is needed and will also use her body to make the character work. Her Mars Sag was not afraid to gain twenty pounds to see how the other half lived when she took the role of “Bridget Jones.” Her hair has been brown and blonde respectively while always returning to the very practical glamour an actor needs when she must make an appearance at an opening. Renee’s Leo Moon, Aries Venus and Sagittarius Mars are all seen when she is at a red carpet event for she wears, most often, red, black or very shimmery gowns. Her make up is done in perfect Leo style with her hair following suit. The practical side of Renee is seen in her private shots when she will wear jeans, a T. and her hair either casually down or pulled up into a very “undone,” pony tail or style that is loosely shaped. Her Sun Sign and Rising will take over in her private life as we would expect and she becomes guarded with her personal life, and casual in her dress.

The very impressive Renee Zellweger has the practicality to pull of a great career as she has shown us and the Fire to bring it home every time. I expect more great roles from her!