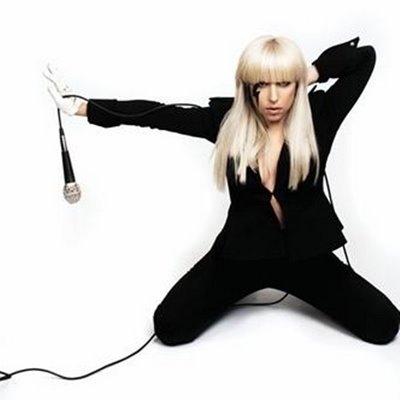 Relatively new, Lady Gaga has herself off to what I would call a “good start!” She is an Aries and that almost doesn’t need to be said, does it? She has the self starting Aries “feel,” to her that hits you right away, right between the eyes!

As an Aries, she is going to be competitive and stay on the pulse of her fans very closely and she does both. She has influences from Madonna to Queen as her muses and she doesn’t miss a beat with the high energy coming from Mars.

Gaga’s Venus is in Aries too with a not small spark from her moon in Scorpio giving her no problems with dressing in almost nothing as she performs and builds her image. She is a creative woman with a no holds barred way of presenting that one cannot miss. She’d almost HAVE to have a Scorpio moon, wouldn’t she?

When we see Gaga present we see what I always recommend to Aries and that is a lot of red. Black is also a favorite and that is Scorpio keeping some energy for herself. When one wears black although the impact is one of strength, it really saves some energy back for the person and keeps it for themselves. It gives a look of mystery that every Scorpio loves and a feel of the “dark side,” of which Gaga is not afraid, not in the least. Her powerful Mars energy is seen in almost every shot of her and every performance. She came on strong and keeps coming because she is not afraid of the work it takes to build herself and her brand and that comes from a Mars in Capricorn! A bit of big earth there gives our girl longevity and a knack for building.

In these days of fame we see a lot of success with the blending of sexes and the cross dressing that was used a lot in the 80’s. Lady Gaga is not afraid of the cross dressing game and I, for one, enjoy that. She appeals to straight and gay people and embraces them for their support as well. It is one thing to dress in both men’s wear and women’s semi nude style but it is another to actually embrace it and I think that Lady Gaga truly finds herself in both.

Mercury and Jupiter are both in Pisces and we see that she is a true artist not afraid of stretching at all. She thinks in the artistic realm and she has a broad spectrum of ideas at her disposal. Uranus is in Sag giving her an even broader scope and view.

Given her chart, costuming is not only a trademark of her performance but a way of life for Gaga. She thinks big, comes on big and dresses big and it’s a natural state for her. When one thinks of celebrity today it is almost a sure hit to go to the extremes without stepping over the edge and she does not step over that edge with the healthy Cappy Mars holding her energy in check. I think we will see much more of her and again, she is not afraid to build her brand and do the work it takes to do so. She is so open to ideas with her creative Aries and Pisces placements to give her big thoughts and more and more ideas.

Fan or not, the Lady is here to stay and I feel works very hard to present what she does for us to love or hate as we will. She is not one to put a lot of stock into what others may say about her with no planets in Libra and other signs that would make her curb herself to public ideas. I think she is an original and again, let’s see what she presents to us next…

What are your ideas on the Lady?