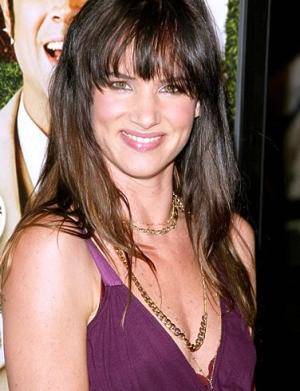 Double Gemini actor and singer Juliette Lewis is an unusual bird. Her Gemini Sun and rising is keeping company well with her Aquarius Midheaven and Pluto in Libra. She has a strong mind and is always following a new and different kind of star in her career! In her life Juliette has done some very unique films, dated Brad Pitt and done covers of two songs written by P.J. Harvey. Juliette has a Pisces Moon so she has no problem sinking her personality into character and she has done some very intelligent and interesting work.

A Gemini is always seeking knowledge and backed by the other air signs in her chart, Juliette must seek scripts that both challenge and interest her. She is nothing if not interesting herself for we don’t know what character she will present us with next. She has done scripts like “What’s Eating Gilbert Grape,” and “Kalifornia,” and performed punk rock music to the success of being named one of the “hottest women in Rock,” by “Blender” magazine. Juliette has also received a nomination for an Academy Award for her work in the film “Cape Fear.” Juliette appears fearless in her pursuit of good art that is unique. We can expect unique from an Aquarius Midheaven with Gemini strongly backing it.

Juliette has a cuteness about her as well as her intelligence. This is due to her second house Venus and Mercury in Cancer. Cancer women can both be childlike and motherly and Juliette seems to have both faces at any given time. Her Mars is in creative Aries and in the 11th house. Again, with her Mars in Aries in the 11th house, “unique, dramatic performance,” would describe Juliette well. Her Pluto and Uranus in Libra in the 5th gives her more dramatic ability and helps her work well with others that are as talented as she.

As I said, Juliette has a cuteness given to her by her Cancer placements and that is mixed with a fearless pursuit of art expression applied with intelligence. When When we see photos of Juliette she is not shy showing her body and appears to be comfortable in only her skin. She has played roles that have allowed her to appear almost nude and uses this ability to use her skin to develop her character on film or express herself on stage. As a Gemini she is given to costumes and color and when on stage performing with her band she is even more in full bloom with color and skimpy dress. It is easy to perform in less when one moves around a lot but there is still the “cuteness,” when we look at her colorful outfits. Juliette wears multiple colors at once, daring colors like wild orange in body suits and dresses and short skirts with wild leggings. I always love to see a Gemini let loose with the color and Juliette does just that! She has the most original outfits one can imagine when she works and with her funky person it works well for her. She is a very unique looking woman and her funky style suits her well for it. Silver, red, blue, orange, black, or another color, Juliette will wear it and in combinations that only a strong personality can pull off. She has Saturn in her first house in Gemini and I believe she has built a very strong person that is fairly sure of who she is. To wear outlandish colors and make it look like it’s just a day in the life takes a strong personality and one that is as intelligent as it is attractive and Juliette brings both to us.

With her Saturn placement I think we will get more and more from Juliette that is very interesting as time goes on. She has formed a new band and we can expect new music from this collaboration. She will continue to pick roles that make us pay attention and play them with the skill of a Pisces moon falling into the deep understanding she has of character!