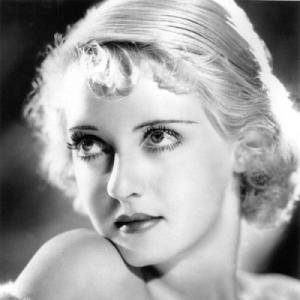 The widely acclaimed and awarded actor Bette Davis was and is a great example of an Aries artist and she lived her chart to the fullest extent. We can count on an Aries to live their lives to the fullest if they are being true to form, and Ms. Davis ran into life with bravery and a fierceness that all can learn from. Bette had her Sun and Saturn in Aries in the fifth house of drama and she worked that Sun for all to see. With Scorpio rising, she had an intensity that was only made stronger by her Aries Sun and showed in everything she did and every role she played. Having Gemini Moon, Venus and Pluto allowed Bette to take on character strongly and with that same intensity while her Leo Midheaven with Jupiter there added to her skill as an actor and artist.

Not lacking in creativity, motivation and belief in herself, Bette carved out a niche that only she could fill and to this day only she fits. Bette had Mercury in Pisces giving her mind the ability to think out of the box and imagine herself as each character she presented. Bette, with the power of a Scorpio rising and the determination of her Aries Sun, decided to be an actor young in her life and spent the rest of her life fighting to present the truest form of each character.

Bette Davis did not start with the “bang” she would deliver in the film industry but instead had to fight for each role she wanted. She went against the system in so many ways she would have the reputation of being “difficult,” and even a “bitch,” while she challenged directors, other cast members and even her studios for what she believed in. She claimed that she never fought for anything other than the integrity of her roles but had a reputation none the less for being hard to work with and a fighter. With Aries so strongly represented, Scorpio rising and Leo hard at work, Bette would have had her own ideas on how she best could deliver a performance, and she would constantly challenge everything including scripts on each film. Still, as with Aries, there was always an openness to Bette that shone through her eyes and showed in her work.

Bette worked in a time when actresses were loath to take on roles that were of unpopular characters or difficult women, and Bette made her mark taking on the characters the other actresses were afraid to play, the murderesses, adulteresses and antagonists. One has to admire Bette first and foremost for her daring choice of material in a time when women were put into nice little boxes and liked to be portrayed as the love interest or as kind and gentle. Although Bette was in her own way attractive she lacked the classic beauty of the actresses of her time and was always an inch away from the studio’s idea of what a leading lady looked like and acted like, yet still she was the first woman to be nominated by the Academy for an award ten times and won the award twice herself while being considered attractive and even sexy. Bette made it work for her by being herself and never sacrificed her beliefs for what would have made things smoother and made her more popular with her fellow artists.

While being perceived as “pushy,” Bette would have many “firsts” in her lifetime and those “firsts” would separate her from the pack and be copied over and over by actors in the future and applauded later. As any Aries, especially with Scorpio rising powering them and Leo helping with drama and creativity, Bette broke down boundaries and did them in true Aries style, and that is the force of her personality and a strong sense of self we can all learn from.

Bette was the first female president of “The Academy of Motion Pictures Arts and Sciences,” and the founder, during the war of the “Hollywood Canteen,” which was founded to provide entertainment for the troops while being, at times, the only white actor to act in all African American casts at the Canteen. The “Hollywood Canteen” was a raging success and Bette herself was the founder and had the idea of doing something in this way for those fighting the war.

Bette was not only the first female actor to make her mark playing antagonists, she also was the first to play older than herself in roles, aging herself for the character and thus opening up a career for herself in her older years. Bette would pad her costume to make her figure less than perfect and wear aging make up. When Bette appeared in a dying scene she would fight to appear less than beautiful, saying that she wanted it to appear real. Again, Bette claims that she may have been difficult but she only did so to make each role seem more real and her to enhance her character.

She was seen as gifted by her fellow actors no matter how “difficult,” and at one time was the highest paid actor of her time. It is said that Bette “forged a career without the benefit of beauty,” and Bette herself said, true to her chart, “Until you are known in my profession as a monster, you are not a success.” A true Aries, she said, “I never fought for anything in a treacherous way. I never fought for anything but the good of the film.” The former quote shows us her Leo commitment to drama and the Scorpio belief in herself while she used her Gemini ability to communicate for the best outcome in her opinion. Opinionated yet artistic, Bette Davis was a true artist. It has been said that one is never bored by Bette in a role if she plays it no matter how bad the movie, and one could agree with that because Bette was a true creative force all her own.

Bette did not have the classic features that one considered “beautiful” in old studio Hollywood. However there were features about Bette that were truly her own and she was seen as attractive for those and she knew how to use them. Her eyes, of course, were made famous later in the song dedicated to them but one could see in her eyes the character she was playing and they were saucers of drama all their own. Her eyes had the Scorpio intensity that one could expect with the wide open Aries trait that one loves so much. Yes, Bette Davis’s eyes were in a class all their own.

She kept her figure very thin and was known as small in stature and accented this on camera by wearing form-fitting dresses that accented her very small waist. She kept her hair on the short side for the time because her features were small and it was best for those eyes to be seen with her bangs bringing them to focus. Bette acted with her face and her bud of a mouth was also a focal point on her face. Bette dressed in colors that helped bring out her eyes and had her hair in a lighter color that brought light to her face. Whenever we have blonde hair we bring the features to the front for all to see, and Bette’s face was framed by a halo of hair at all times. With the characters she played being, at times, not so sympathetic, Bette was often dressed in darker colors but always in the tailored fashion that suited her so well. In this way her body worked for her and she could be seen in her movement which was helped by some study of dance when she was young. Bette studied dance and liked it and it shows in her movement. There is always a certain grace that emerges when one has had some dance training and Bette studied with Martha Graham.

Bette, in true Aries form, was one of a kind and watching her films to this day is entertaining and always a great lesson for those interested in acting. List your favorite Bette Davis movies if you are a fan!