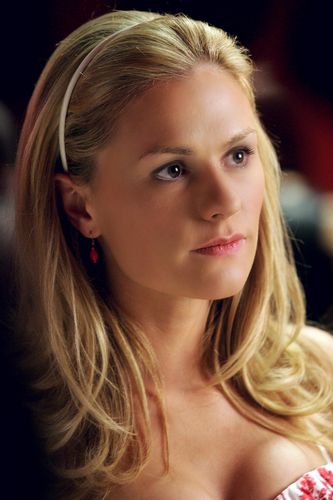 With her Sun in Leo, and Moon in Virgo, Anna Paquin works hard to bring the drama and would enjoy it. She would enjoy thinking person’s scripts due to a stellium in Libra added to that Virgo Moon. Her Mars, Saturn and Pluto are in Libra and it’s no surprise that she has been dating and is now engaged to her co-star Stephen Moyer in the series “True Blood,” where she is applying her talent at this time. Anna won an academy award at the age of 11 for the movie “The Piano,” showing extreme talent at a young age. I always look for that Cancer or Capricorn in early success and Anna, indeed, has Cancer Venus and North Node. She would also enjoy the family feeling of a series when it has a good run and “True Blood,” is doing very well, even winning awards for Anna.

Anna has a production company with her brother Andrew and we would expect her to work very well with others since she has so much Libra in her chart. It would also be a great match to put Anna in the role she played in “The Piano,” since she was most likely a natural and a natural as a child. She would enjoy “make believe,” in her youth because she has Uranus and Neptune in Sagittarius feeding that Leo Sun! I’m certain she was in her element when playing that role as a child and she did a fantastic job! She has done movies as an adult such as “Jane Eyre,” and she would have a draw toward romantic roles with so much Libra in her chart.

She does enjoy the fantasy with her Neptune and Uranus placement and Anna did very well when she did the X-Men Franchise and played “Rogue.” In her choice of scripts she clearly loves the “other worldly,” and the outer edge when it comes to characters. She makes these characters totally believable probably because she marries the role and becomes part of it as well as loving the genre. She has won a Golden Globe for “True Blood,” and continues this role.

Acting would be fun for Anna with Leo and Sagittarius at play and she happened upon the role she had in “The Piano,” as her sister had gone to try out for it and Anna read for it just because she was there and was chosen out of 5000 child actors! Completely a natural and doing what she enjoys we can see that she has made a home on her present series and somehow makes us believe in this world that it takes place in. Anna makes vampires completely possible as she acts so brilliantly like the whole reality is true.

In style Anna has been affected by her latest roles. She wears, at this time, a lot of black and some white but stays in either of these colors most often. Before this she would wear dresses of other colors but always a dress girl with Libra so prominent in her chart and that Cancer Venus. She is not the type to shock with skin and that is also due, I believe, to the “lady,” that is Libra. Her Leo mane of hair is in great shape and she has gone from dark to light with great skill. She is carrying off the new light hair but did just as well when her hair was dark so long as it is long like a Leo loves and in great shape. She has great color in her hair and styles her make up a bit more normal than some Leos in some cases due to her Sagittarius planets. Still she can vamp it up for her photos when it is called for and go full on vamp while seemingly having fun with it. She wears her hair in what I consider a “polite,” Libra style at this time but that is what her role calls for. When it was important for her hair to be more dramatic she seemed at home in it and loving it all. I am noticing her wearing white or silver lately when appearing at openings and this is due to her hair color. Still, again, her make up is “polite,” and completely in character with her current role. Anna is often in dresses for day as well in many of her photos.

I expect more Anna Paquin interesting roles in the future and I think she is a hard working and thinking actor. I believe she has just started her career and there is much more to come if you enjoy her work. She will marry her co-star, she has announced, and that will have something to do with whatever she does next because she has so much in Libra in her chart. Paquin’s next role is in “The Romantics,” and I believe that suits her Libra very well!