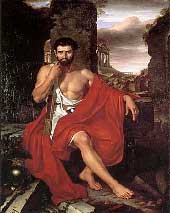 I am a divorced mother of six grown kids, and for the most part they are doing well. However, one of my daughters is married to a man who’s not worth a dime… and he’s caused a seemingly irreparable rift between her and my oldest daughter. I’m caught in the middle.

The Married Daughter (“MD”) opened her home to the Oldest Daughter (“OD”) when she came back to this area after her divorce. That ended with the husband and OD having an affair while MD worked. MD has forgiven hubby and he’s back in the home on and off, but MD won’t have anything to do with OD. When OD came to visit at New Years, I had to split my time between the two of them. I feel both got short shrift, plus I felt torn and guilty on both sides.

On top of that, I have to get along with the son-in-law that caused it all, both for my daughter’s sake and her kid’s. But all I want to do is beat him to a bloody pulp whenever I see him. Now I am babysitting the kids, and since he rarely works I will be around him even more. Help! Please give me some ideas of how to handle all this, because I really need them.

Thanks so much for any help you can give me.

I don’t believe you are going to be able to contain this. Something is going to blow and considering your current Pluto transit, I’m betting it’s you.

But you have some choices. If you continue to try to stuff this down, you are running the risk of the intense energy being released when you murder this son of a bitch. Much better to go for a “controlled burn”.

In other words, call your family together and y’all puke it up. Get it out in the open and talk it through. Imagine a boil teeming with toxic putrid pus. Should you leave it? No! Lance that fucker. Cut it open, and let it drain so it can heal. I really don’t see a choice.