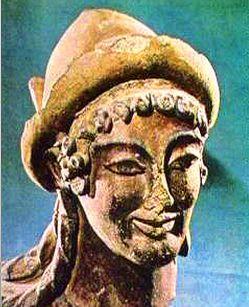 I wrote Diabolical Brainwashing and then discussed it with both my husband and satori. I wanted to see what others thought (Mercury in Libra). I was mostly wondering if my thinking was accessible. There is a lot of code in that thing.

I told my husband the back story. He came at this from a completely different angle which was interesting as can be but not helpful for my purposes so I called satori.

You  probably notice from satori’s writing, she is a very exacting, deep thinker. She listens carefully and she doesn’t jump to conclusions. She also knows me really well and I could sense her reaching to comfortably respond to my questions.  She also had the back story as well which is  completely unique so you just can’t slap general interpretations on my complex questions.  I realized I could simplify it for her.

“You know all about this,” I said. “It’s very common. This is grooming. You know how a pedophile grooms a victim to be what the want them to be and to be accepting…”

“Yeah, oh yeah,” she said. This is one of her areas of expertise.

“This is what I am talking about. It could be, David Berkowitz or it could be, Hitler or it could be closer in on a continuum. The point is there are people out there who will absolutely exploit your weak mind. They will do it on a case by case or personal basis but when you have a lot of weak minds pulled together, lots of people who can’t or don’t think for themselves, it’s staggering what can happen…”

As examples of weak minds try the Heaven’s Gate group who died trying to ride a comet or followers of Jim Jones (see tag, my husband had to clean up their bodies)

As an example of strong minds, I’d point to the people of Honduras who wrestled back control of their country from people trying to take it from them.

Have you seen a weak mind exploited?  Was it yours?