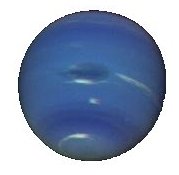 “Let us just say I was deeply unhappy, but I didn’t know it because I was so happy all the time.”
–Harris Telemacher, “LA Story”

To paraphrase an alcohol-related meme: I may not freak out often, but when I do it’s usually a Neptune-related issue. Today’s outburst was triggered by seeing the dirty cheese-grater in the sink for the third time in under 24 hours. So while the actuality of the outburst itself falls under Mars-Mercury, its underlying cause was the veil dropping and the fact that I had put the veil in place at all. Each previous time it happened instead of saying, “Hey, who used the cheese-grater? I need you to wash it,” I just Neptuned it away and washed it myself. So when the veil dropped I not only had to address the reality of that one small task but I also saw all the other undone tasks I had ignored. In one moment everything went from A-OK to mom going ballistic because the house is a disaster area.

Elsa uses the terms “dreaming up” and “dreaming down” in regard to Neptune, which I find extraordinarily, accurately descriptive. I dream down the state of the house and dream up the atmosphere of cooperation. When that veil drops I’m forced to view reality and it’s shocking. With Saturn and Neptune in easy aspect in my chart, along with certain Neptune-ruled placements, I’m prone to just such veil-dropping incidents. But I know this and the remedy is crystal clear: take care of things as they arise. I’ve even made a rule (Saturn) to help myself address this propensity. If it takes less than three minutes to do, do it now. But sometimes if I’m not acting consciously I’m prone to Neptuning it away.

The ability to dream up or dream down comes with Neptune and some of us can access it better (or worse) than others given our planetary makeup. It can be the saving grace that allows us to let things go in ways that are positive. It can be the mechanism by which we can fall in love with someone who thinks flatulence is hilarious in delicate social situations. It can also be the reason we’re left holding the flaming bag of poo when the veil drops.

As Saturn goes retrograde for its last pass in the end of Libra it pulls away from its supportive trine with Neptune in Pisces. We’re likely to see the veil dropping in the area of our one on one relationships and the opportunity to readdress reality. Use it wisely or end up with scorched, soiled shoes when Saturn hits Scorpio.

When was the last time YOU freaked out?