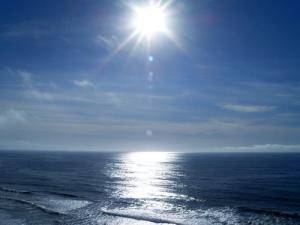 Exaltation, detriment, and fall are underutilized concepts in modern astrology, perhaps in part because even the ancients did not leave us a lot of clear explanation on the matter. Every planet has a sign (and degree) of exaltation, an opposite sign of fall, and a sign of detriment opposite its domicile (you may read a primer for this series, discussing rulership, here. This series will bring together a mixture of astronomical observation, astrological intuition, and some good old fashioned trial and error as we try to nail down what it is these concepts refer to for each celestial body, and the information we can thus gain about its nature.

I had an interesting conversation last night about the metaphysical underpinning of living things. After a lot of coaxing, my conversational partner finally held forth with his opinion that viewing photographs of stars and galaxies made him feel more alive and connected, and pointed out, aptly, that all of the energy on Earth ultimately derives from a central star – the Sun.

Given this, it’s easy to understand our cultural myths and religions about the progress of the Sun through the celestial sphere. It is not merely time-keeping, a calendrical reckoning of temporal distance. Paying attention to the condition of the Sun is paying attention to the condition of our very life. Even today, we feel the relevance of the Sun’s condition in our daily lives more than we (intellectually) know it. The return of vitality in the spring, everyone out and about, is apparent right now. We even have disorders named for the natural depression in activity in the winter months, when the Sun (and we) are not in the liveliest condition.

I use the word ‘condition’ here, as I am referring to the concept of essential dignities and debilities. The Sun is said to be in good condition (dignified) if it is in its sign of exaltation or rulership, and said to be weak or debilitated if it is in the sign of its detriment or fall. As we discussed, the Sun rules Leo. This gives us some idea of the character of the Sun – masculine, fiery, radiant – and its exaltation in Aries, fall in Libra, and detriment in Aquarius tell us a lot more.

The Sun’s exaltation in Aries forms a trine to its rulership in Leo, from which we should recall the corresponding seasonal distance of four months. ‘Exaltation’ literally means ‘lifting up’ or ‘raising high’ – the Sun is not at its full strength in Aries (this belongs to Leo season) but the promise of this fullness is raised in Aries, when the day begins to dominate the night. The Sun is not the king in Aries but he is the heir apparent.

From this scheme of the strengthening and weakening of the Sun’s vitality through the year, the rationale behind its fall in Libra and detriment in Aquarius becomes more apparent. A planet’s fall is in the sign opposite that of its exaltation, so for the Sun this is Libra. Libra represents the beginning of the Sun’s loss of vitality into the winter season, the return of the rule of the night.

‘Detriment’ means literally ‘damage through rubbing away’ and we can feel the beating the Sun has taken when we wake up in the weak light of these winter months. The Sun’s detriment is not, interestingly, in Capricorn as one might expect, given that this is when the Sun spends the least time in the sky – we might be tempted to think it is at its weakest here. But the Sun in Capricorn represents a particular death-rebirth characteristic that cannot quite be called weak, whereas we can feel the Sun’s weariness in the slow & painstaking reclamation of precious minutes of daylight in Aquarius season (what else do you expect, in Saturn’s masculine sign?).

So we see that planetary dignities and debilities relate quite literally to the vitality of the planet in question and to major points in its cycle. The Sun’s vitality is very easily apprehended even in mundane life, for it is the source of all the energy in and around you all the time. Some of the outer planets may thus, naturally, be less apparent in their effects (no one can match the Sun!), so beginning our exploration with the Sun should help solidify the concepts as we continue applying them.