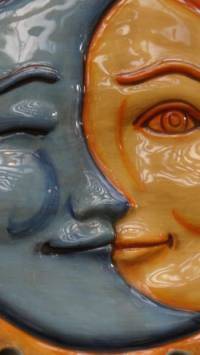 I was married for 36 years to the father of my 4 children. He was a control freak and I lived in fear of him. On requesting a divorce in Feb 2003, he agreed to an amicable one, saying we should have parted years back.

I was not to go to an attorney or I would never see my children again. Our children all work for him and this was the kind of hell he put me through. He used the 3 eldest kids to draw up my settlement offer. On refusing, it, I sought legal advice. I and my present husband were then sued – for going against him.

My last 3 years have been a nightmare from hell with this man still threatening me, I agreed to settle out of court because I feared him and I was also emotionally unstable due to the threats he made on me. I got a pittance from him. I never worked but was a full time wife and mother – which he was quite happy with. I want to be happy, to see my life out in peace but this man continues to cause trouble, his kids all fear him and I won’t back off until I have the money he owes me. How long does it take to move on?

People move and move on at different speeds. They move when they damned well please and I don’t think you’re going to be moving anytime soon.

I base this on the fact you stayed married to a man who terrorized you (and your children) for 36 years and you state outright that you have no intention of backing off until and unless. Considering this I would not be surprised if you stayed attached for the rest of your life.

If you don’t like this, you’ll have to start thinking along the lines of cutting your losses but right now, you’re not willing. You do not want to think about how much this is costing you in pain. You’re used to pain I suppose. You’ve had 40 years of it!

If you want to think about easing up somehow, or letting something go, or seeking happiness as opposed to victory, then this could wrap up very quickly. But right now, you are determined to fight to the death, and I expect this is exactly what you’ll do.