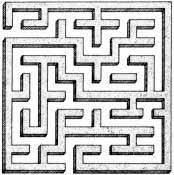 A couple of years ago I met a woman at a pivotal moment in her life. I was camping with both her and her boyfriend. One thing that stands out from that night is the look in her eyes. “Help me! Help me!”, they screamed. She had no clue what she was doing.

I later figured out that she had lost her virginity that night. This turned out to be the cause of much pain in her life, in which she underwent a major questioning of her sexuality. She has repeatedly been involved in relationships with these sexual themes since. Meanwhile, I was becoming her best friend – talking on the phone for 5 hours a day.

No doubt there was a connection with her. I could somehow look in her eyes and see her thoughts and desires. There is this deep understanding that I don’t really comprehend at all. After spending time with her, staying up late on the phone, chasing each other in the hallways… I realized just how lonely I was when she wasn’t around.

I fell in love with her. I hurts me just admitting it. I eventually found out about her obsessive admirer that is now her sexual provider. I never wanted to be like another one of her relationships that she uses. I just fall asleep holding her, nothing more comes of it.

I don’t like feeling used, but she continues to come over my house. It’s like a silent understanding. It hurts me, but she doesn’t care. She acts like she doesn’t, and it confuses me. I don’t want anything more her, except an explanation. She has a boyfriend. Do I have the right to feel betrayed and used?

No, I don’t think you have a right to feel betrayed and used. You are a completely willing participant in this. You were fascinated with this girl. You were intrigued with her, or more succinctly, your own response to her. So you decided to investigate, to explore.

And so you have. And now you find yourself in some sort of labyrinth which is exactly what you wanted, yes? I think so. With Mars Pluto in the 12th, you are seeking an intensely emotional, ethereal experience with sexual overtones. Now you’ve got it, and what come to mind for me, is that old Michael Jackson song:

When you get enough, when you have exhausted this.. you will move on. And next time, go even deeper if you’re lucky.