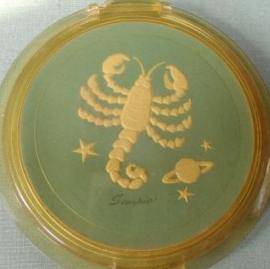 Recently someone asked about emotionally sensitivity on the boards.  I said I was “medium” in this regard.

There are times I might have claimed to be more sensitive, but I had just talked to my friend, Ben who is sensitive. The difference between us is hard to ignore.  I’ve also written this: I’m Not That Sensitive…

Ben ( a Scorpio)  feels people are more sensitive then most think. He said they pick up on things.  Things like whether you like them or not, for example. And this impacts how they interact with you. I’m sure he’s right.

If you stop and think about this, it gets deep, fast. If a person is catching your vibe…well what is your vibe?

I get on the phone with strangers to do consultations, every day, seven days a week. I am totally focused on listening to them and helping them. I’m sure this comes across, because people speak freely with me and things get done.

If people felt I could not be trusted, or that I was going to judge them, nothing would get done! I’d be useless and they’d have wasted their time and money.

Do you give people the feeling you don’t like them? What are you exuding? Do you know?