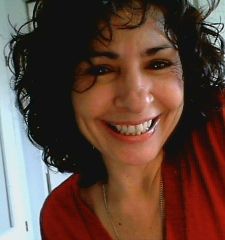 I’ve been Elsa’s sister all her life and I mean all her life because I am a couple years older. Her style and fashion is known to me and better than most because I shared a room with her as a child as well as some intense moments in life. I’ve seen her under complete pressure and in light hearted times. After talking to Elsa she has agreed that I discuss her style.

Elsa sits on a mound of talent and knowledge in many fields and as an astrologer she is second to none. However, if you point out something good about Elsa to Elsa she will rear her head and say “WHAT?” Her question is: Something is good about me? Let’s take an example. All of you know Elsa’s “Elsaisms.” She has a way with words that have caused her to become a unique voice as well as one knocked off by other astrologers because of this particular way she writes. If you tell Elsa that she has written something, a sentence perhaps, that is unique and brilliant she will be shocked out of her mind. She will not believe you, she will try to find a way to believe she is not so unique and she will often try to find a reason instead of it being sheer talent. If Elsa finds herself insulted she will look between her toes, under her nails and all over her mind for a reason the insult might be right before she decides the offensive remark is unwarranted! Elsa simply can’t believe that she has a very natural and excellent way of communicating that is great and different. She is shocked if she tries to own her own brilliance. Elsa is the first to be her own worst critic and it’s hilarious to listen to and watch!

I know this is not really funny but if you consider that Elsa is a realist you will understand that she does not mind knowing that she has what I call an “upside down Leo.” Many Leo people or people with strong Leo placements rest on their laurels and love their fans taking all of it in as if they have it coming but Elsa’s Leo can’t believe she is special in any way and don’t let her fool you. Those “Elsaisms,” are great and make us laugh, think, smile, and even treasure them but believe me she does not know she is writing them. When Elsa was knocked off by Astrology.com she didn’t think it was because she had said something great, she thought it was because someone was lazy. She could not imagine it was her talent being taken from her she thought it was her WORK being taken from her! My little sister is hilarious when given a compliment as well. She sees herself as rough around the edges when she has very good taste and if someone compliments her on her taste she will find an excuse not to believe it. Her style is to not admit she has a style and if she admits it she puts herself down before she lifts herself up.

Her hair is a great example of her fashion style being this way. Once, a top end hair dresser picked Elsa’s great hair to style in a big production at an art gallery. Elsa has unusual hair…well we both do, but she has even better hair for working with than I and I was a hair model for fifteen years. A hair dresser having a promotion at an art gallery in Denver asked Elsa to come and have her hair styled in front of a crowd at the museum. Elsa was shocked, she was dumbfounded! “Why me?” “Why does he want to do my hair?” “What do I wear?” “I can’t do this, I don’t do these things!” Now keep in mind that Elsa at that time had long hair in a very conservative long cut and did not give thought to her hair but was deciding she might. She was so funny as she puzzled over why a top of the line hair dresser might pick HER hair to style when she has tons of beautiful and soft hair! She tried every excuse BUT that her hair was the type any hairdresser chooses and I know because I have it and I modeled because our hair texture is in demand. Elsa took so much counseling to get her hair styled wonderfully by this hairdresser and innocently fell in love with her hair after it was done. She was like a child who discovered their beauty and she was no child when this happened. Elsa simply does not know.

At a make up counter I was helping her pick out lipstick and make up that worked with her skin. She was so shocked when we told her what a great skin color she had and that it was a different shade than mine that she kept looking in the mirror and looking away trying to take all the attention in. She was SO uncomfortable as she emerged even more beautiful after they were done with her make over that she almost washed her face. “Me?” “Beautiful?” “No way!” LOL, it was again, so, so funny.

When any of you like her post or her reading or her “Elsaism” she is shocked and completely so. She does not believe she is gifted she thinks she works hard. When you mention she is gifted she has to change the subject IMMEDIATELY and tries not to take it in. Elsa is humble as humble pie and it can get very funny when you watch her great smile as she finally believes there is something great about her. She simply can’t believe she is special and puts everything off to hard work!

Guts? Forget about it! Elsa is so brave it’s a wonder to behold. When E. get’s an idea in her head forget about it but not because of her ego but because of her conviction that it is the RIGHT THING. She is motivated by the right thing and puts off all her accomplishments to hard work and never to being gifted. Make no mistake, she is no wilting flower, she is just full of a work ethic and totally unaware of her gifts and that she is gifted.

“Who me?” “Write well?” No, she puts it off to working hard. Yes, she works hard but she was gifted in her prose long before she started a blog and was very popular on her job for cracking people up and saying the most unexpected things.

And this is Elsa’s style. She is not all about herself or even close. She is about the work and aiming to please and you better believe she will check under those fingernails before taking on a troll or a creep so she is sure it’s not her and it’s them. It’s her blog, right? It’s what she says because it’s her blog. She has to be reminded of my former statement often when she is in doubt about what to do.

Elsa has a cute factor that is one hundred percent but you can’t convince her of it unless you all agree with me! She simply can’t see it for lack of taking her head out of the working zone long enough to do an honest assessment of herself. Help me along here.

Elsa looks lovely in jewel tones and her skin is a wonderful shade. She has a different skin color than I, as I have said and it is slightly dark but not dark, dark. It is an Italian color and very beautiful. Italian lines of make up look great on her and she wears lipstick like it was made for her. She is very cute and cute clothing looks great on her while she rocks little dresses and skirts like no tomorrow. Her eyes are a focal point on her face as is her dimple which adds to her cuteness. No matter what birthday Elsa has she will retain a “cuteness,” that is different than myself. Of course, try to tell her she is cute and she will blame the clothing or the hair!