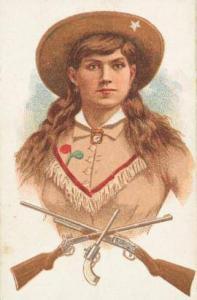 One of the most feared planets to have retrograde in the natal chart is Mars. People hear that and think they’ll never get anywhere in life, that they have no drive, or even worse, that they’re in danger. But this couldn’t be further from the truth. In my research, among the 10% of people with Mars retrograde, we find heroes and villains, creatives, athletes, and people who seriously pushed against the grain.

· Creative Force – People with Mars retrograde are often driven to create, and their creations often turn the world on its head. They look at an art that has been practiced for years and they find a way to warp it just enough to make it stick in our minds forever. Take Beethoven and Mozart, who both changed the world so thoroughly that they are now the first names that come to mind when we think of classical music. Or what about O. Henry or e e cummings, who both transformed the world of literature? These men all took a form of art that had grown stale and breathed new life into it.

· Making it Physical – Mars, of course, is associated with the physical, including movement, exercise, and sexuality. And Mars retrograde natives know how to make that work for them. Take Lord Byron, another literary visionary, who famously composed his poetry while taking vigorous walks along the British countryside. Or look at Freud, who not only helped pioneer a new field of study, but who rooted that study firmly in the physical, connecting various mental states to the physical development of the body. Mars Retrograde people know that there’s no life without the body that houses it, and that is the source from which their creativity springs.

· Emboldened Violets – One thing that struck me in my research is how many pioneering women had Mars retrograde. Because retrograde planets tend to turn inward, these women were unable to project their Mars onto their husbands as was expected at the time. Instead, they owned their Mars thoroughly and refused to let anyone tell them different. Look at suffragists Susan B. Anthony and Louisa May Alcott, or famed abolitionist Harriet Beecher Stowe. Heck, look at Annie Oakley, who lived her Mars so completely that she was famously quoted as saying, “I ain’t afraid to love a man. I ain’t afraid to shoot him either.” THAT is a powerful Mars.

Mars retrograde in the natal chart gives people a powerful ability to attack problems from new angles. From reviving lost art forms to challenging the status quo, these natives are true powerhouses. In fact, my research has shown that a well-honed retrograde Mars is a superpower. In true Mars fashion, they cut through the old and dead and bring new, bold, pulsing life into being. Just imagine where we’d be without them.

Do you have Mars retrograde in your natal chart? Do you know anyone who does?