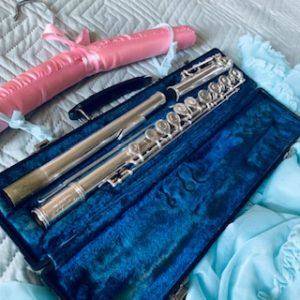 The birth info came from Astro Databank, and the birth time is cited as rectified from an approximate time. If it’s not spot on, it sure looks it.

When my daughter first talked to me about Lizzo (“Good morning, sir or madam, do you have a moment to talk about Lizzo?”) she spoke with a passion reserved for subjects of true reverence. Later, after I watched some of her music videos, YouTube suggested a video I might want to watch again from my saved videos of years past: a video of Lizzo undressing in front of a brick wall, talking about her style and her self acceptance path for StyleLikeYou. I’d seen and adored Lizzo in 2014!

My point? She didn’t come out of nowhere and she’s SOLID. Not only is she solid, but she elicits ecstatic enthusiasm from many quarters. And she’s stylish as hell. It’s not just me and it’s not fleeting. Take my ultra masculine son who got up out of a chair in public, shook his booty, and serenaded me with her music… 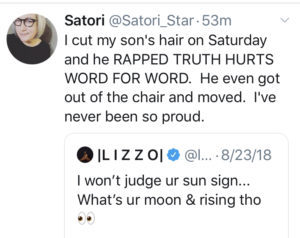 He says at his next lifting competition, when all the other dudes emerge to metal tunes, he’s going to come out with TRUTH HURTS blaring. I’m so proud!

Lizzo has a Taurus Sun moving into conjunction with Jupiter, on blast approaching, both in the 8th house. She WILL BE seen and appreciated. Mercury and Juno conjoin in Taurus in the 9th, an elevated mind, in trine to a Virgo Moon rising on the ascendant. Oh she’s a smartie.

Neptune in Capricorn trines the Sun and Jupiter. Neptune is a generational influence, so I’d ascribe a wide grand trine in earth to Lizzo. She’s luxurious and divinely inspired. The cultural atmosphere landed Lizzo in a time when the planet of Muse was in the flavor of career and patriarchy – also hard work.

It’s hard work to be Lizzo, but she makes it look easy… and that’s hard work. But it’s her birthright to look so good… over time. What? Anyone with Neptune in that mix is going to slip in and out of view. She’ll confuse and diffuse, even as she comes across as patently real and solid. 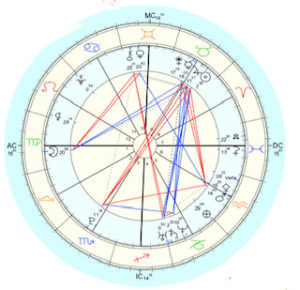 With a Virgo Moon rising, Lizzo needs to work hard, for her own satisfaction – even as she does so in full view. She also needs to appear to work hard or she’s likely to get down on herself. When we shift that need back to her Taurus stellium, she’s likely to see lifestyle as an indication of how hard she’s working.

Taurus has a leg up on self appreciation. It may not come easily, but Taurus Sun will invest in the journey. Taurus is predisposed to incorporating luxury, or at least pleasure – into itself. When a Taurus stellium loves themself, all is right in their world. Looking back toward to that Virgo, they will be of benefit to the whole world when they do. Shine out, Virgo heart! Your value is built into your interface with the world. When you rise, you bring your sisters with you… and your brothers. Taurus Mercury-Juno square Mars in Aquarius and trine Moon rising in Virgo will struggle to get theirs, but when they do – they feel the need to share.

Their way of sharing and everything they do will be HIGHLY UNUSUAL. Mars in Aquarius square Jupiter is big time OUT THERE, broadcasting another way to be – a way no one else could pull off. And it’s opulent and solid (Taurus). Also? No one saw it coming till it was BOOM, there in your face and real.

Lizzo’s angles are mutable and she can reinvent and change as needed – and still be true to who she intrinsically is. Uranus and Saturn in the early degrees of Capricorn are cardinal as hell in her mutable-flavored, Sagittarius fourth house. She is unique and solid to the core, but she’s able to make home match that, wherever she goes. She may have had a rough time establishing a home base coming up – or she may have had a really joyful childhood. Sadge with Uranus and Saturn is a jumble of high-spirited tumult with a dash of breaking for freedom – and a big millstone. It’s hard to feel good about the core of you with Saturn sitting in it. But a Sadge nadir broadcasts: Don’t fence me in!

The midheaven is sweet and bright in Gemini with Venus and Chiron conjunct in the sign and the tenth house. Well, Chiron is not always sweet, but it does promise the opportunity to shoot for the brass (gold in this case) ring over and over. Lizzo is going to make money, and she’s going to learn a LOT. That experience is going to make her MORE MONEY, and it’s going to give her a shot at a second career she’ll also love.

Those tenth house placements are trine Mars in Aquarius! She’s going to be loved for what she does, even when she’s really out there, especially when she is. She’s going to build her stellar reputation on being a norm-breaker. And it’s going to be beautiful as hell. Some outliers are termed odd or strange. Lizzo is flat out gorgeous and beloved. And she has her steady Virgo heart right out there on her sleeve. What’s not to love.

Lizzo has just had her Saturn return. It’s the doorway to a mature, adult life. If you kept moving and learned and did the right thing (or at least learned from doing the wrong thing), you’ll find yourself invested in life. Saturn will go forward in great aspect to all her chart angles and tour her fifth house: creativity, fun, and romance. When you’re doing well under a major Saturn transit, you have arrived.

Saturn and Pluto will conjoin in that area of her chart and trine her Moon. That is a lot of power and construction, but she looks set to handle it. The timing is right for Lizzo to rise in power and respect. She didn’t happen overnight. She was a whole lifetime in the making. For all her appealing and engaging air and beauty, she has a solid core and a solid veneer as well. Her layers are reinforced. She will be a creative powerhouse who endures and moves with the times.

She’s yin and yielding and vulnerable, but she has the maturity and stout inner core to provide herself the support she needs with her yang placements. She has the amazing quality of accessibility while being entirely capable of standing in her power. Eight house Suns can burn it down and rise again, as needed. Never count her out, not that you would… but never do.

Also the flute thing? TOTAL Mars in Aquarius square Taurus Mercury. That Jupiter broadcasts it ALL.

Now go watch and listen to some Lizzo!