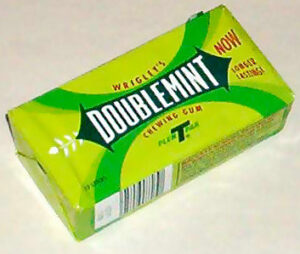 Last week on the boards Elsa talked about Stephen Arroyo’s term “double whammy” and the natal chart. In short, the double whammy is when an energy signature is repeated. It also holds sway in chart comparisons, transits, really any kind of chart analysis. It’s like a neon arrow from the sky, “HEY, pay attention to this!”

Today I noticed in my own chart an example of a double whammy by transit. Right now Saturn is opposing my Venus while transiting Venus squares my Saturn. It doesn’t have to be the same aspect. Venus hits Saturn while Saturn hits Venus, energies repeated. What do I take from this? The time is ripe for judging (Saturn) what I want (Venus), for solidifying (Saturn) my relationships (Venus) or possibly ending them (also Saturn) because they don’t work. It doesn’t point to the outcome. What it does is insure the issues will come up.

If things are on track I’m likely to find a Saturn figure or situation in support of me. If they’re not it should be obvious as well. Double the Venus Saturn, double the fun. With a square and an opposition it’s likely to show up “in my face.” Were they a trine and sextile, the result would probably be more subtle. So are easier aspects better? I don’t think so. I’m either doing well or I’m not, and I want to know. I need irrefutable evidence if I’m going to let go of something I’m clinging to. So bring on the metal bats!

Double whammies with benefic planets aren’t necessarily great, and ones with malefics are not necessarily bad. They are, however, great emphasis on the interaction of the two energies represented. They’re a call to pay attention and to capitalize on the opportunity presented by that extra energy. It’s an opportunity because there’s twice the energy available to put toward the issue at hand.

Many people see this effect when an aspect in the sky mirrors one in their chart. This provides the extra energy to work on an issue that is core to your self as opposed to transitory. If you want a clue as to where the issue will manifest, check out where each planet falls housewise.

Do you notice double whammies?