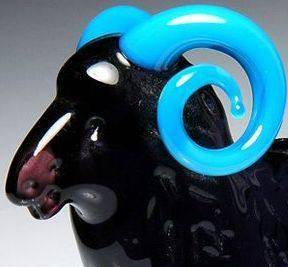 I’ve told a few guys that I am interested in them, and most of them tell me “Oh, I’ve liked you for the longest while also”… which throws me off and suddenly gets me not to be attracted to them – and makes me feel as if they are incompetant.

Wow. Your chart is like a textbook study. Here’s the deal:

With Mars, Saturn and Pluto in Libra opposing your Sun and Moon in Aries, you are a formidable presence. I am not surprised men don’t approach you; I’m sure they are intimidated.

So you are approach them (that’s the Aries taking action) and then judge and chastise them (Saturn) for not being man enough to approach you. And this has some validity. However the opposition is in your chart and there is a mirror reality that goes something like this:

Being a woman who men do not approach makes you feel as if there is something wrong with you (Saturn opposing your Sun and Moon). Might you be covered in boils (Pluto)? It feels that way. But being hungry and having a drive to hunt and conquer, you heroically go for the man (Aries).

But as soon as you get him, you project the Mars Saturn Pluto end of things on to him. Basically, he is the lowly shadow who is not worthy of your prowess. He’s also providing the challenge you desperately crave. Will anyone ever give you a run for your money?

I suspect they will, but you have to gain better awareness of just exactly what’s going on here. And looks? Has nothing to do with it but I suspect you know that. A first step would be to ask yourself just exactly what you feel might satisfy and be scrupulously honest about it.