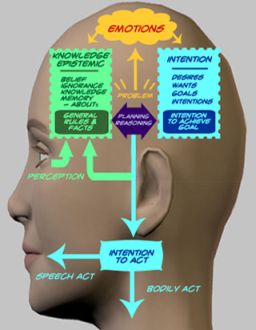 I would say that Pluto’s retrograde transit back into Sagittarius has got me by the balls if I had a pair. Since I don’t, let’s just say I am being held close in, next the fire. At the moment I am both treated and tortured with a myopic view of the power (for good or ill) of Sagittarius things like storytelling and you beliefs. For example, astrology.

What if I “believe” in astrology and this causes me to look at a person’s chart, draw conclusions and then act on them? How does this compare to how I would act if I did not have this ability?

Are you unnerved yet?

People beliefs drive them. It makes no difference if their belief is valid or otherwise. People kill their wives (or husbands) based on the belief they are cheating on them when they may not be cheating at all. People blow themselves (and others) up because they believe there are some virgins waiting for them. People give 10% of their income to the church because of their belief and I could go on and on.

People send me hate mail because they believe my motive is unsavory. People make poor choices based on their belief they are unworthy. Others believe themselves entitled or superior and they act on that.

What do you believe? Can you see the power with which your beliefs drive your life?