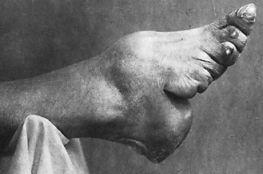 I came across this post from 2011. We were discussing the primal desire to procreate which many experience. This was riginally titled, “Primal” Goes Beyond Procreation. I wrote:

“I am not sure that relationship between men and women has actually evolved… or that it even can evolve. Women binding their feet years ago in China, did so to attract a man. These days they get breast implants and shoot their faces full of botox and I don’t see the difference.  A woman may have money and power and her crotch still aches for a man.”

“Hormonally men and women lose interest in this stuff as they age. I’m not saying we all become these sexless husks — it’s still nice to feel pretty and fun to get a little attention once in a while but there’s just not that burning biological imperative in either gender. With the eighth house now I’m more concerned about money and dying.

So for a big part of the lifecycle — the fertile one — it’s huge. But pre-menstrually and post-menstrually…maybe not.”

eva’s point is valid! However, there are other reasons men and women mate.  Status for one thing.  To be able to socialize for another.

For example, my husband and I have discussed moving to South America. He said I would get along with the women there, just fine, so long as I had my own husband.

I don’t think he’s wrong about  this and I don’t blame the women one bit.  There always going to be people in the world who look at a woman who has no man and think, “Poor thing, couldn’t get a man.”  Even if this infuriates you, it’s true.  So if a woman is married, by and large, she’s going to want to protect her situation.

The same thing holds for men. Over 30 and never been married?

As I read on Michael Lutin’s site some years ago regarding people in this situation, “You’d better do something. People are starting to talk…”  “People” as in “the collective”.  Individuals may disagree!  But most people do feel pressure, post their Saturn return.

The urge to procreate is definitely primal but this other stuff is deeply rooted as well. And it persists, regardless of the relentless campaign to make it not so.

Edit to add, on New Year’s Eve, 2019, with a large stellium in Capricorn; what I failed to mention here was the issue of security.  It is easier to maintain a household with two people contributing. This is true, even if only one of them works outside the home.

You may be able to do it all, but given a choice, I think most people would prefer to have someone around they could rely on.

What do you think?  What is “primal” to you, in the realm of partnering?