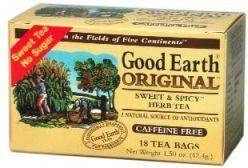 I was talking to satori...

“Well they don’t. Take Henry. Everyone thinks he should visit me. He visits them. This is what I hear! People tell me Henry visits all the time, so what am I supposed to make of that?”

“I don’t either. From what I hear, he’s a visiting fool. So why is my grandfather visiting them but not me? They sure like it, I’ll tell you that. People like Henry. They love him. But he’s never visited me, even once. The person who visits is *Scott’s sister and she has for fifteen years. I know some things about her I didn’t know before she died I’ll say that. She’s very close. She stays very near, so near there is hardly a line between her and I. This is how it seems sometimes because she’s right there. But that’s it. The rest of the dead people I know want nothing to do with me, I guess. I just don’t know….”

I thought about Scott’s sister and her Good Earth tea. Whenever I smell that tea, she’s around. She took me to the Good Earth restaurant when I was 16. This was before there was such a thing as Good Earth tea. Well, the tea existed but you have to go to the restaurant to get it.

Anyway, she bought me some Good Earth tea and then she died and these things are associated to me. Every time I smell the tea… well it’s as if it’s her perfume.

This conversation took place last night. And the Saturn Neptune opposition is pretty much exact right now, where Saturn is the grandfather, Neptune the ethereal. And today I stepped out of the shower at the gym and er… what’s that smell.

It was overwhelming. The smell was just intense and I could not place it. What the hell?

I thought to ignore it because what else is there to do? It’s none of my business what products people use in the shower and in fact I have seen some exotic things in there. But then my eye was drawn to someone’s cosmetic bag hanging outside one of the shower stalls and guess what was sticking out?

A big ol’ bottle of Dr. Bronner’s soap! Can you believe this? That’s the soap Henry (a health nut) used for everything. I smelled that soap my whole life, but not since he died more than 20 years ago. So I guess he’s around, eh? I hope he forgives my grammar.

Do dead people visit you?