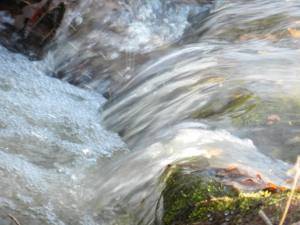 I am highly interested in the upcoming aspect between Saturn in Sagittarius and Neptune in Pisces.

This energy will express itself in an endless variety of ways, but awhile back I was thinking about the idea there is a universal plan, God’s plan, you could say; and then people – like us – come in and screw it up.

I know that some people think there are no errors in life. That’s fine. But I’ll give you an example of what I’m talking about.

I’m pretty sure that I was meant and made to be married to my husband.  We’re the right age. We were both born to Catholic families. We’re physically attracted to each other. We get along.

We  collided at an age (late teens), when we could have married and had a bunch of kids.  We’d have been one of those big Catholic families, you used to see a lot of.  We both feel this would have been deeply satisfying. So what happened? What went wrong?

We met. We were instantly attracted. We fell into our roles, within hours.

We went on to do all the things that young couple starting their life together would do. We pooled our money to pay our bills. We took out loans to build our credit. We balanced our work life with our personal life, with the time we spent alone or with friends…but we failed to marry!

When we got back together, twenty-five years later, we again merged our lives. Easily. Organically. Successfully. It’d be hard to argue, we’re not meant to be together. Especially when you consider that neither of us had much success trying to partner with others.

It starts to look as if there was a plan in place from the day we were born. We were meant to flow together, but the plan was disrupted.

It was my father who disrupted the plan. He knew right from wrong. But by his own free will, he decided to thwart me in every way he could possibly conceive of.

You may or may not have read my book (Heaven I Mean Circle K).  As intense as it is, it only skims the surface of my relationship with my father.  But here’s something very few people know.

I begged him to cooperate with this, but he refused. In fact, he promised to screw me up in every way possible. He vowed to embarrass me and destroy me and make me sorry I ever called him and asked him for this favor.

Based on my experience, I had no reason to doubt him. So much for God’s plan. A single individual was able to disrupt this flow, and jack up a whole bunch of people’s lives for years to come.

As bad as this is, it’s pales in comparison to a baby who is aborted.  My life may have been derailed, but I survived long enough to find my way to the person, I was meant to spend my life with. I was thwarted, not stopped, so I can hardly complain!

I’m writing this so people can think about the effect they have when they decide to disrupt or thwart the flow of  things.  It’s dramatically bad.

A woman should be able to walk down the street and not be beaten and raped by a horde of men. When a horde of men decide to put her through this ordeal, they are most definitely disrupting the flow of another person’s life, for their self-centered purpose(s).

I know I am way ahead of the curve here, but with Saturn fixing to square Neptune, it’s worth thinking about these things.

I was very lucky to be exposed to my grandfather, Henry. He explicitly taught me that I should never interfere with the trajectory of another person’s life.

If you’ve not learned something similar, when Saturn in Sagittarius squares Neptune in Pisces, you’ll have your chance.